Good sportsmanship is something we love to see. Being a good sport is even more encouraging when it is evident throughout the sporting event and not merely after the game is over. That is something we were able to see during the ACC Cross
Read More...

We know that they are a gift from God, as maybe He is trying to teach us something. Occasionally, these stories we hear can also offer us insight as to what Heaven is like, the angels above, or what happens when it is our
Read More...

The most tragic are homeless veterans, usually those suffering from PTSD or carry some other forms of trauma as a result of their time in the military. Luckily, some states are looking to make a change, like the city of Philadelphia, which has recently
Read More...

Though this sort of situation is typically handled by animal control, Dr. Andy Mathis told the caller to bring the dog into the shelter. Mathis considered euthanizing the dog but wanted to see her condition before making any decisions. The pit bull arrived at
Read More...

John Woloski suffered a debilitating stroke at age 55. He was living the dream as a school principal and Lions Club President in the Wilkes Barre, PA area when his life was turned upside down. No one knows how one would deal with such
Read More...

Sarah Elizabeth suffers from narcolepsy, which is a sleep disorder characterized by a loss of control over your sleep-wake cycles. Narcoleptics may feel constantly sleepy, and they can also experience sleep attacks where they spontaneously fall asleep for a period of a few seconds
Read More...

President John F Kennedy on government transparency, the end of government secrecy, secret societies that control things and the freedom of the press. And both are necessary. I am not asking your newspapers to support an administration, but I am asking your help in
Read More...

Griffin Furlong’s valedictorian speech begins with the standard statistics about the accomplishments of his graduating class, a couple self-deprecating jokes, and a promise to make this the most non-boring valedictorian speech ever. “Giving up is never an option…Everyone thinks I try to make good
Read More...

No matter how much of a rush you’re in, there are certain sights that should always give you pause. Coming across a child in distress is one of them. When two good samaritans in the Canadian Rockies spotted a barefoot 5-year-old named Lexi frantically
Read More... 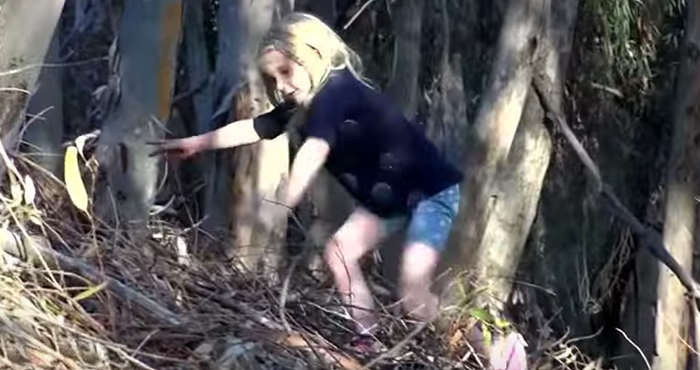