According to wiki, the third eye (also known as the inner eye) is a mystical and esoteric concept referring to a speculative invisible eye which provides perception beyond ordinary sight. In certain dharmic spiritual traditions such as Hinduism, the third eye refers to the
Read More...

Through a combination of breathing, simple exercise, and yoga, you can train your body to defeat pain and improve both your mental and physical health. To know the rest of the story, hit the play button. Also remember to hit the like button and
Read More...

While you might think the fruit is tough before watching this, you have no idea what they can withstand until you see exactly what happens…this is incredible. Subscribe to MBV
Read More...

This is a video about a silly engineer who risks his life only to make a railgun that shoots really fast. What are your thoughts on this clip? Do watch the entire clip and let us know. We would love to hear from you.
Read More...

Haim Rabinovitch, a professor of science and agriculture, attached a classic copper cathode and zinc anode together with a metal wire conductor and let the potato cook for eight minutes. That’s when he discovered the charged potato could produce a harnessable form of electricity.
Read More...

Cool shot of an underground subsidence crater. The hole created by an underground nuclear explosion forms a hole deep below the surface collapses, resulting in a crater. If you haven’t seen the 70th anniversary version of Trinity and Beyond yet, check it out. Subscribe
Read More...

While we’ve all heard the warnings before, it always seemed a bit of an overblown worry. One of those rare situations where if you did have something metal, it might move a bit, but nothing too scary or crazy. It always seemed like the
Read More...

MarkHacks, a newcomer to the life hacking scene, has put together an oddly satisfying video that shows what simple, if not daily tasks look like when performed in reverse. Things going backwards look cool. I hope you enjoy my first video. Subscribe to MBV
Read More... 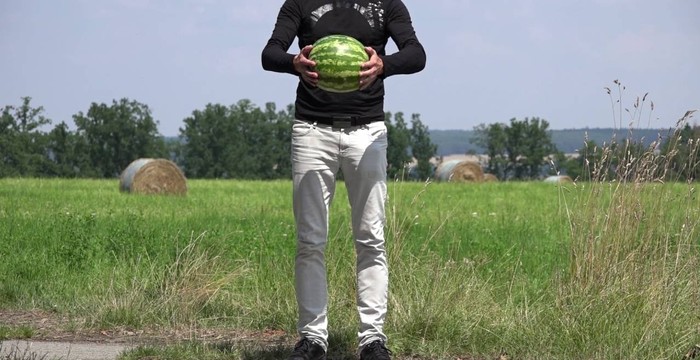