Three-year-old Dylan Askin is a miracle child. After battling an extremely rare form of lung cancer, the boy made an unexpected and miraculous recovery just moments before he was taken off life support. As their son lay lifeless in a hospital bed, parents Kerry
Read More...

Landon’s dad was killed instantly, and so was Landon — twice. Emergency responders were able to revive Landon’s vitals for the trip to the hospital after the crash, but they lost him again on the way to the emergency room. Doctors at Carolinas Medical
Read More...

The Nariphon is a tree in Buddhist mythology that bears fruit in the shape of demure women with their heads attached to the tree branches. It grows in the Himaphan, a mythical forest where Gandharvas or heavenly beings cut the fruits and take them
Read More...

On Sept. 10, scientists found the largest recorded meteorite since Hoba (60-tons) weighing in at 30-tons in northern Argentina in an area known as Campo del Cielo or “Field of Heaven.” The Gancedo meteorite is the second-largest ever found and was discovered 674 miles
Read More...

CCTV, otherwise known as closed-circuit television, is better known as video surveillance. Because we humans cannot keep our eyes on the world around us at all time, we depend on cameras to capture the action when we’re not around. CCTV cameras are widely popular
Read More...

The chupacabra is a legendary creature. It is a part of folklore in some areas of Latin America, and the word chupacabra is literally translated as “goat sucker.” According to wikipedia.com what the creature looks like varies. One description has the creature being about
Read More...

We have all heard about NASA. The National Aeronautics and Space Administration that covers all thing to do with space research and exploration. Well its no surprise that they have come across some strange things whilst carrying out research up their. So from an
Read More...

The myth of the chupacabara first began in Puerto Rico. However, new footage claims to have caught the beast on camera as it wanders through the Portuguese desert. Subscribe to MBV
Read More...

Filming with a GoPro can also let you see things you might otherwise have missed, and that’s what happened when one man tied the camera to his dog and went into the Oregon woods. When he watched the footage later, he discovered that they
Read More... 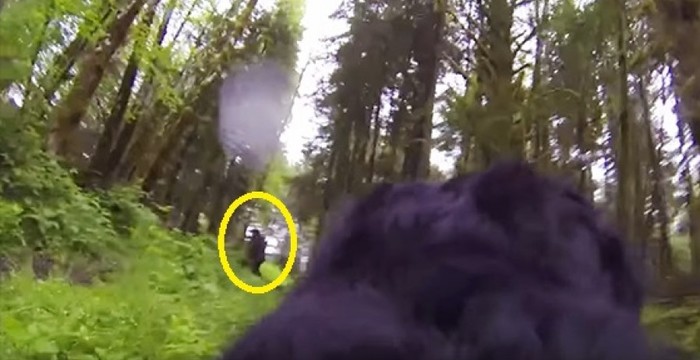