Humans have cultivated and used the flowering tops of the female cannabis plant, known colloquially as marijuana since history was recorded. Archaeologists in Central Asia even found over 2 pounds of cannabis in a 2,700-year-old grave of a shaman. Written and pictorial evidence
Read More...

A sweet moment took place when an Indiana State police officer got on the ground to comfort a 4-year-old boy at school and has captured the hearts of many. Officer Precious Cornner-Jones, 40, attended a high-five rally to support her pastor, who leads the
Read More...

Spend too much time in the kitchen scrubbing away at those dirty pots and pans? No fear, a little bit of homegrown science will save the day. Our friends at NIFTY have compiled this simple video tutorial to make your metal kitchenware as clean
Read More...

When you start watching this video there will be a couple of moments of disbelief. A couple of moments when you’ll think, “What is that little mouse running around that American Bulldog?” Then, you will realize! That’s not a mouse, or a guinea pig,
Read More...

This is so bad that you expect the woman must be pranking her husband with her cold, callous, and demeaning reaction to all his hard work. But it’s no joke. She storms off, successfully earning her “worst wife of the year” trophy. Subscribe to
Read More...

Tao Porchon-Lynch is 96 years young, and this firecracker refuses to stop dancing. And when you see her and her dance partner Vard’s audition you’ll be stunned. WOW she’s got moves! Subscribe to MBV Source: http://damnbored.tv/96-yo-made-my-day-granny-dance/
Read More...

An employer of an unnamed company in Beijing, China has the unusual morning ritual of forcing his female workers to kiss him at the start of every workday. Talk about sexual harassment! According to a report by Carbonated.TV, the male boss has “made it
Read More...

Russian war ships have been spotted coursing right through the English Channel, several reports have confirmed. After an 11-hour ceasefire in the city of Aleppo in Syria where wounded civilians and fighters were permitted to leave, the Russians are out to get the job
Read More...

The human anatomy is such a wonderful masterpiece. We have so many body parts that we don’t the functions of. One such example is the inconspicuously placed groove under our nose. We know it’s there; we see it everyday when we look at our
Read More...

Once in a while, we go out with friends to unwind and relax after a hard day’s work. One of the best ways ways to do that is to eat some good food and drink a little bit of alcohol to temporarily free us
Read More... 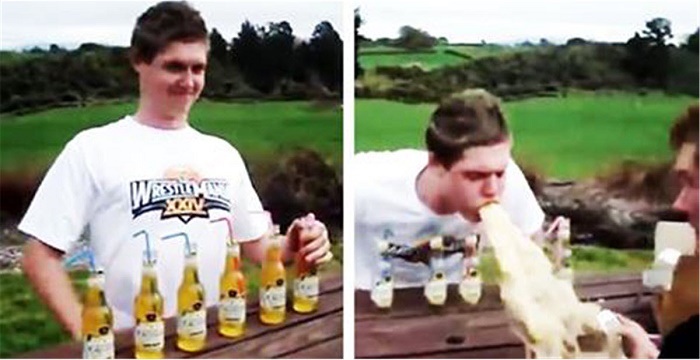