Ever since then, he has worked hard to achieve his current professional title as a cyclist. He travels the world, seeking to demonstrate just how gratifying sacrifice and passion can be. A snippet from is biography sums up his lifestyle best, “It takes very
Read More...

9-year-old Amira Willighagen is young, but she is really talented. She has such a clear and mature voice and she dazzles people wherever she goes! I’m sure none of the people in the audience or even the judges were expecting her to sing like
Read More...

The heavy 1995 hit “Go Rest High On That Mountain” not only gave an emotional ballad to the inevitable experience of death, but also stood as a monumental moment in singer Vince Gill‘s career in light of numerous awards the song had secured him.
Read More...

This clip where Billy Gilman’s cover of Adele’s super famous song ‘When We Were Young’ had the whole crowd jumping with happiness. I bet you can’t hear this clip just once. WHat are your thoughts on this clip? We would love to hear from
Read More...

“Hallelujah” without doubt is one of those super popular songs that have been performed a number of times before. It is a song that has certainly made its rounds, whether sang by famous artists like Celine Dion or the upcoming artists who perform on
Read More...

Vitaly Kryuchin plays his musical creation, the Metallophon, as his Shooting Star Band carries on in the background. The band uses a unique instrument that’s unheard of and definitely unthought of. The world would be a more musical and peaceful place if guns were
Read More...

Jimmy wanted to give the audience a special treat before the Emmys so he asked the kids from the Netflix show ‘Stranger Things’ to perform. Here’s Millie Bobby Brown, Gaten Matarazzo and Caleb McLaughlin warming up the crowd by singing ‘Uptown Funk’ with a
Read More...

When the moment came for her to get onto the Got Talent stage for her last presentation before the final vote, she didn’t think too much about her quick rise to fame. All she wanted was to give an incredible performance, a unique song,
Read More...

This little lady quite visibly likes to dance and it is clear that she is a born entertainer. She is not even a bit nervous or shy as she strikes a pose on the stage and kicks off her amazing dance routine. What’s even
Read More... 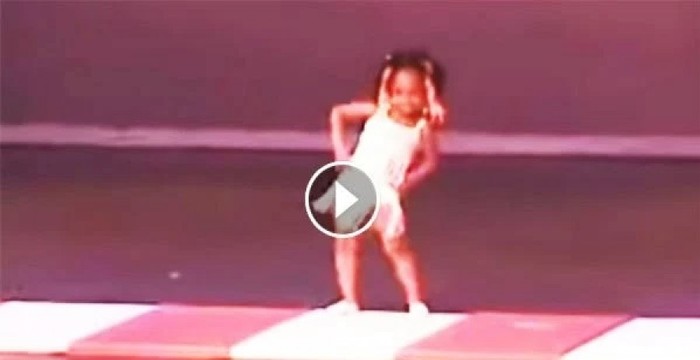