According to wiki, the third eye (also known as the inner eye) is a mystical and esoteric concept referring to a speculative invisible eye which provides perception beyond ordinary sight. In certain dharmic spiritual traditions such as Hinduism, the third eye refers to the
Read More...

In today’s weird talkshow news: Dr. Phil is hosting a 19-year-old girl who claims to be pregnant with Jesus. In the two-part interview ending on Thursday, Dr. Phil talks to Haley and her mother Kristi about the alleged pregnancy. “I know my pregnancy is
Read More...

Pumpkins are a fall staple, especially around Halloween. This time of year just wouldn’t feel the same without pumpkin pie, pumpkin-spiced lattes, and spooky Jack-o’-lanterns. Apparently, animals feel the same way! This adorable squirrel came across a huge pumpkin, and what he did with
Read More...

It all began when people kept commenting to the presumed father, Chad Snyder, that his baby girl didn’t look like him, but rather a male friend of the mother’s. The couple didn’t know what to do, so they appeared on the Maury Povich show
Read More...

John smith is a fourteen year old boy who survived the tragedy after having sunk in an icy lake. The paramedics did try some CPR on the boy but it wasn’t successful. After twenty minutes no pulse was detected. What followed after was a
Read More...

Truly, every time that I read about or watch a video of our persecuted brethren, it moves me to tears, for many reasons. We are so blessed to live in America, for we do not yet fear, being hunted down, on a daily basis,
Read More...

12-year-old Nita Juggi, from Kutch, in Gujarat, central India, had been suffering from seizures, headaches and weakness for over two years, but for the last 12 months she also began even experiencing paralysis down the right hand side of her body. Do remember to
Read More...

Passage du Gois is one of the most dangerous roads in France. The periodically flooded causeway leads its commuters to the island of Noirmoutier and floods twice a day, for an hour or two. The two mile, 18th-century road is unique for its length.
Read More...

Between the unreasonable costs of flying and the 1.3 million deaths each year caused by automobile accidents, railway travel is a relatively safe and affordable option if you need to get from point A to point B. There’s something relaxing about being able to
Read More...

When I was a kid, my mom would often take me to this tiny yet vibrant mall on the edge of town. I remember sitting on Santa’s lap, getting my ears pierced, and running around the play structure with all the other little weirdos.
Read More... 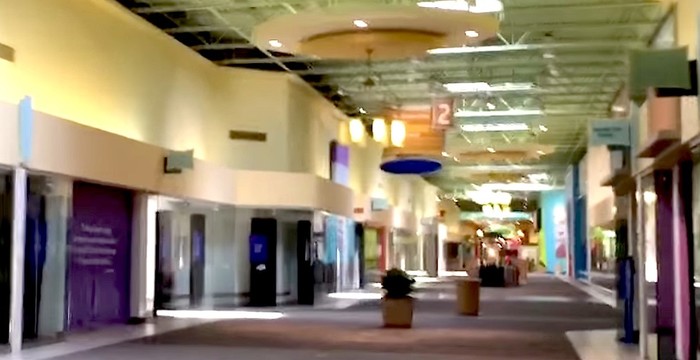