Home  »  Science  »  For The Cost Of An IPhone, You Can Now Buy A Wind Turbine That Can Power An Entire House For Lifetime
Click

Soon after assuming office, Kerala (southern state of India) Chief Minister Pinarayi Vijayan kicked up a storm by publicly supporting the Athirappilly hydro electric project, which environmentalists said, if implemented, would create ecologic imbalance in the area and destroy the Athirappilly waterfalls, the largest natural waterfalls in the state.

It is not that the government is oblivious to the impact that the project could make, but it says it has no option but to leverage existing means to check the growing power crisis in Kerala, which partially depends on the private sector for electricity.

Things are no different in other states either. While Kerala has attained almost 100 per cent electrical coverage, many parts of India still remain in the dark. For a large portion of the Indian population, electricity to this day remains a distant dream.

Enter two siblings who want to make India’s energy crisis a thing of the past. The duo has developed a new solution they say will not even slightly impact the ecological balance.

Avant Garde Innovations, the startup founded by siblings Arun and Anoop George from Kerala, has come up with a low-cost wind turbine that can generate enough electricity to power an entire house for a lifetime. The size of a ceiling fan, this wind turbine can generate 5 kWh/kW per day — with just a one-time cost of US$750. 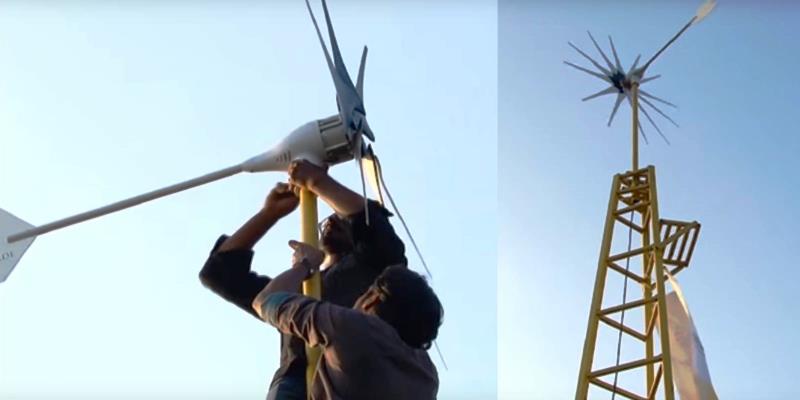