Home  »  Amazing & Inspirational & People  »  She Stops To Help Collapsed Runner Finish Race. But Keep Your Eye On Runner Behind Her
Click

Good sportsmanship is something we love to see. Being a good sport is even more encouraging when it is evident throughout the sporting event and not merely after the game is over.

That is something we were able to see during the ACC Cross Country Championships this year. The event, hosted at North Carolina State University, was something truly remarkable.

Most of the women had finished running the 6k when Madeline Adams from Boston College collapsed right before the finish line. The runner struggled to get back on her feet in an attempt to finish the race. She was so close.

Her difficulty towards the end of the competition came as a surprise to Adams. According to the athlete, before the race, “I was feeling great, I was ready to rumble. I felt like this was my time to shine.”

However, everything came crashing down when a sudden wave of exhaustion hit her during the race. “I was running the race of my life. I was doing incredibly well. I was coming up that hill (to the finish line), I started to feel really fatigued,” Adams continued.

“All of a sudden, I get this wave that comes over me and my legs just truly gave out from underneath me. I had no control. I really don’t remember falling, I remember being on the ground and being like, ‘why am I on the ground? Get up.’”

When Adams’ fellow competitors saw her struggling, they decided to do something. Rather than complete the race and then watch their competition make her own painstaking way to the end, they jogged back to help.

Evie Tate, from Clemson University, and Rachel Pease, from University of Louisville, came to the rescue. The runners came up on either side of Adams and assisted her in finishing the race.

While it would have been easy for serious competitors to stand back and watch, these girls had better sportsmanship in their hearts. “The great part that comes out of this is there are two amazing girls that helped me, who are completely selfless and just amazing people with amazing character,” Adams shared.

Despite the unbelievable act of kindness and determination of the athletes, Adams was disqualified from the competition. Despite her disqualification, Adams knew she had “run the hardest race” of her life.

Since the race, the video of Tate and Pease coming to the rescue has gone viral. We are so proud to watch these young women help a fellow athlete.

It is so important to be kind to one another and remember what good sportsmanship looks like. These young women are excellent examples of what it means to have good character out on the field, to prize people over position. 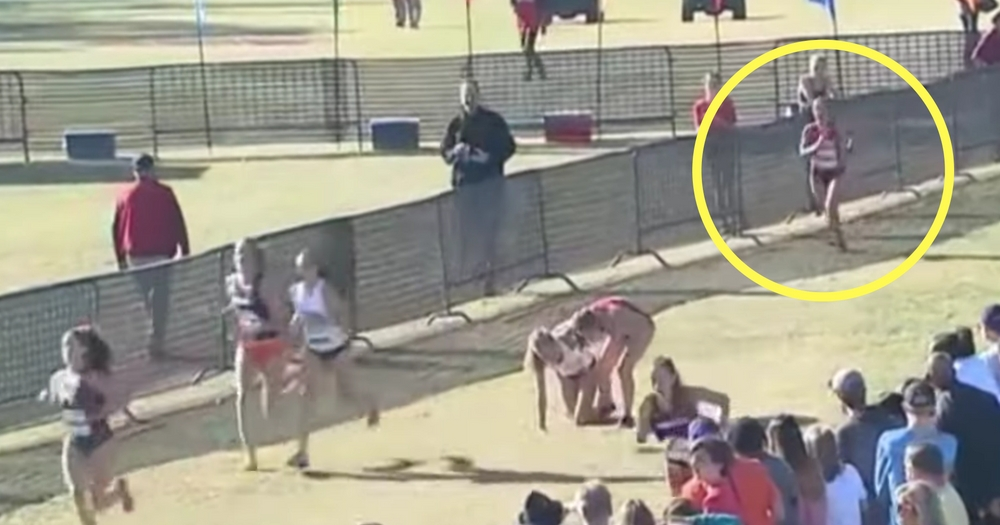