Dresses and hairstyles may go in and out of fashion, but the significance placed on attending the high school homecoming dance has been around for a long time. This classic high school dance is designed to be a fun and formal get together, but can leave many students stressing about getting a date.

One of the most intimidating aspects of these dances is finding and asking someone out to be one’s homecoming or prom date. There are many “promprosals” usually of high school guys going to extravagant lengths to ask girls to be their prom dates.

Rejection, especially in high school, can be terrifying. Sadly, for one high schooler named Daniel, the disappointment of somebody turning down his request to take her to homecoming was crushing, but the reason why he was rejected will practically leave you in tears!

Daniel was turned down because he has Down syndrome. His mother, Tonya, was heartbroken as she saw her son’s sadness over his planned homecoming date’s rejection, but then a tenth grader named Kylie stepped in to change around Daniel’s whole experience surrounding homecoming.

Kylie asked Daniel if he would like to go to homecoming with her, and he happily accepted her invitation. Kylie explained that she did not ask Daniel to be her date out of sympathy, but that she was genuinely looking forward to attending the dance with him.

Kylie’s heart was in the best place possible, and she did not expect to gain anything out of asking Daniel out except for a fun night at homecoming with him! However, the FOX5 Surprise Squad wanted to make the night extra special for both Kylie and Daniel in light of how kind and accepting Kylie was.

The first surprise pulled up on the street as Kylie and Daniel were getting ready to leave. The sweet pair would be escorted to the dance in a Rolls Royce, but that was just the beginning!

Kylie and Daniel were treated to a wonderful meal at a nice restaurant before arriving to homecoming. They were brought to tears when they saw what was waiting for them once they arrived at the dance!

A red carpet was rolled out with plenty of students waiting to cheer them on and welcome them to homecoming. At the dance, Kylie and Daniel learned that both of their families would be given a trip to Disneyland!

What could top Disneyland? Daniel was given a $10,000 used to put toward continuing his education after high school, and Kylie was given a beautiful new car!

Daniel’s initial experience of rejection was soon forgotten after he was asked to homecoming by a sweet girl and treated to a wonderful night of surprises that left this pair with a homecoming they will never forgot! 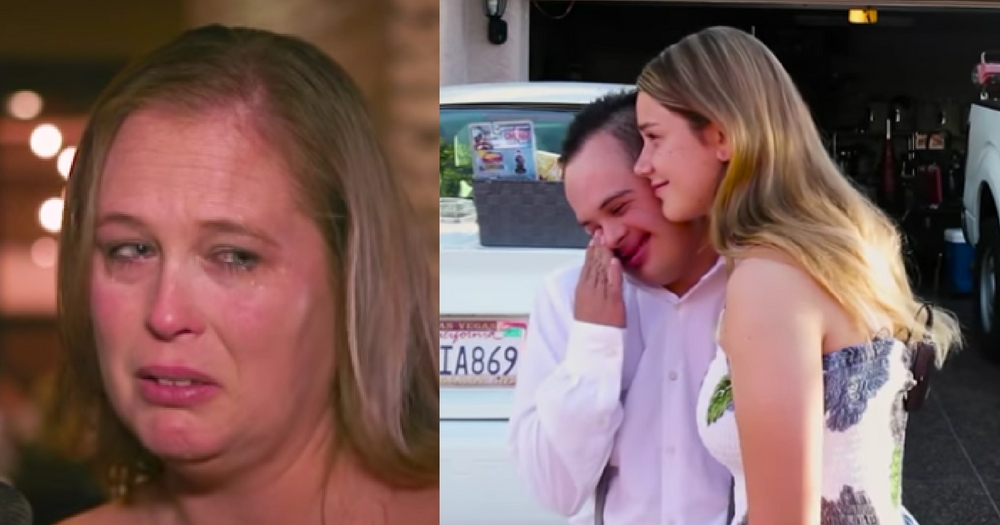