Ikar, a Tactical Explosive Detection Dog, worked alongside McFarland and his team to locate roadside bombs during their deployment.

“Sometimes were good, sometimes were stressful,” he told KTVB News. “Having Ikar definitely made it a lot better. Having a dog with you on deployment is almost like having a little bit of home.”

When the two returned from deployment, Ikar was reportedly sent to an independent contractor who said they had work for the dog — but allegedly failed to follow through. For nearly 17 months, Ikar lived in a kennel without work.

But when Mission K9 Rescue stepped in to find Ikar a home, they flooded McFarland’s Facebook page with messages about the dog’s whereabouts. When he heard Ikar had been abandoned and saved, he jumped at the change to adopt him. In the video below, you can see how nervous and excited he is to be reuniting with the four-legged hero.

“He is going to live the rest of his retired life spoiled,” McFarland told KTVB. “Really spoiled.”

Ikar joined McFarland’s two other dogs in their happy home in Idaho. 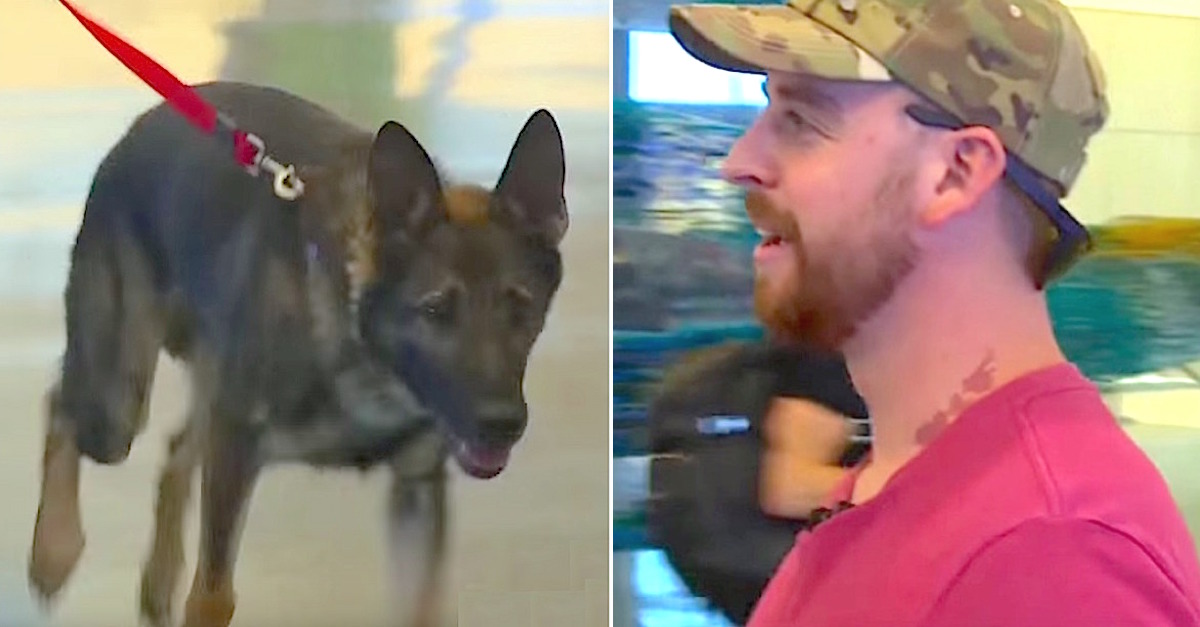