In Michigan, the Rochester Police Department knows one thing for certain: that you never know. In this case, what the day will bring for a police officer can always be a surprise. This was the case for Officer Merlin Taylor, who responded to a
Read More...

The shelter was unable to help her, so poor Tessa sat in her cage, shivering, scared and confused. She was scheduled to be euthanized, but hours before, staff from the Bill Foundation went to see her. It was unknown if her condition was treatable,
Read More...

Ikar, a Tactical Explosive Detection Dog, worked alongside McFarland and his team to locate roadside bombs during their deployment. “Sometimes were good, sometimes were stressful,” he told KTVB News. “Having Ikar definitely made it a lot better. Having a dog with you on deployment
Read More...

When the nuns from Our Lady of Christian Doctrine lost their dog, they decided to visit their local shelter and bring home a dog who they knew didn’t have a chance of adoption. That’s when they met a 9-year-old Pit Bull named Remy. She
Read More...

Meet Pascal, an incredibly brave little puppy who has endured the worst that humanity could throw at him, yet is still fighting for his life. Pascal was brought to an animal shelter in a cardboard box, a victim of horrific animal abuse. Reportedly, a
Read More...

They are happiest when you are happy, and they are also willing to protect you to their last breath, sometimes quite literally. The pooch in the following video is a true hero for what he did for his owner. If you’re easily moved to
Read More...

Hitting the campaign trail. Interviews and debates, going door to door to raise support for yourself in the upcoming election is hard work. Standing on a street corner shaking everyone’s hand and waving to people driving by, whew! Mayor Peter Nystrom, from Norwich, Connecticut
Read More...

When a group of divers were exploring near the remote island of Kokoya, in Indonesia last week, they made an extremely troubling discovery! Delon Lim, one of the divers, said that the unfortunate animals, also called sea cows, looked like a mother and her
Read More...

Dogs are more loyal than we ever give them credit for. They will stand by your side, no matter the situation and will refuse to leave, even in the face of danger. These two pooches are no different, but their refusal to move could
Read More...

Deer are very curious creatures. It is heartbreaking to see a deer laying on the side of the road after being hit by a car. We have a family of deer we that wanders through our backyard every so often and it is a
Read More... 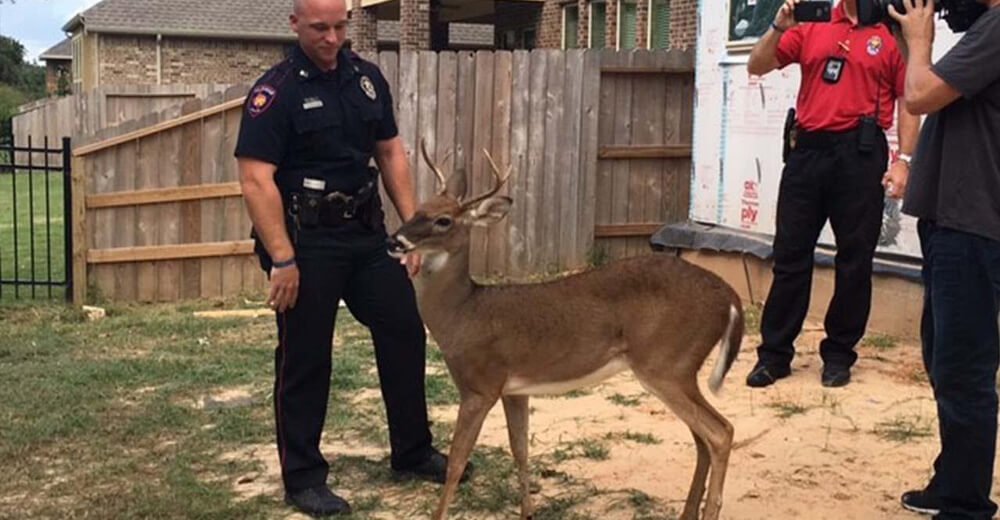