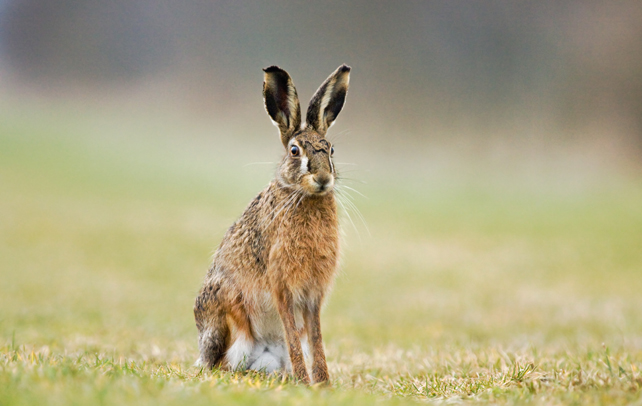 Hispid hares are among those shy and secretive mammals whose scientific study is partially complete. Once this rare specie was spread across north-eastern India, southern Nepal, and northern Bangladesh but now they are restricted to segregated pockets in the tall grasslands of southern Nepal and northern India. Unlike the other members of the Leporidae family, the hispid hare has shorter ears with its hind legs being relatively shorter, but exceeding the length of the forelegs. Nicknamed as bristly rabbit, their fur on the upper part is coarse with blackish-brown colour and pale brown on the chest with white belly. Human settlements, deforestation, and cultivation have significantly made an impact on restricting their habitat. In India, the hispid hare are found in Manas Park and Jaldapara wildlife sanctuary of West Bengal. Today, the largest breeding population of hispid hare is protected in the Royal Suklaphanta Wildlife Reserve of Nepal. Read on to know more about this enigmatic creature.