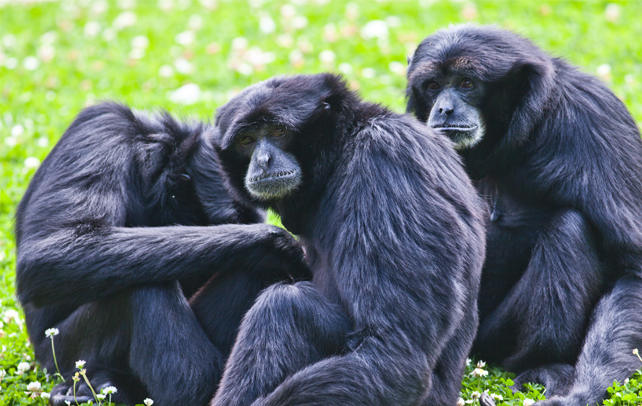 Large, dark and noisy! Yes, that is how a siamang is. Found mostly in the forests of Southern Asia particularly in Malaysia, Thailand and Sumatra, the siamang gibbon is the largest of all the species of gibbons. Early risers that they are, they start their daily activity at dawn and end it one or two hours before dusk, and retire for the night on the tallest tree they can locate. They are agile—shoulders made in such a way, so as to give them a greater range of motion when swinging—and carefree. Predation is not really a great concern for them, being on top of the trees obviously helps. This swinging helps them to grab the fruits at the end of branch which others are not able to do. A primate like no other! Find out more about this energetic and athletic animal.