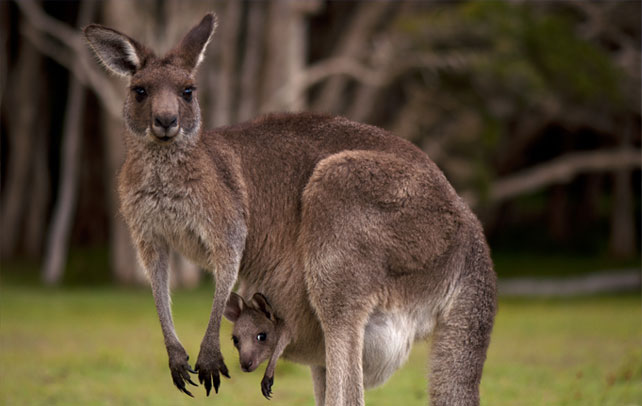 Island habitats, isolated for millions of years, develop strange animals because of evolution and Australia perhaps has the most famous of these creatures. The kangaroo, which can be said to be the national symbol of the country, has never failed to fascinate mankind. Early explorers were dumbfounded by this strange creature that looked like an upright standing deer and hopped at amazing speed. What is more interesting is that unlike other animals, the female kangaroo carried its young in a pouch in its belly. Kangaroos are able to stand upright because they have an extremely strong, thick tail that they use as a third leg to balance themselves. Their hind legs are very powerful, which they use to hop or land vicious kicks to their adversaries. Of all the marsupials, kangaroos are the largest and the most well known. To know more about these extraordinary animals, explore the interesting and amazing facts. Continue reading.

Interesting And Fun Facts About Kangaroo