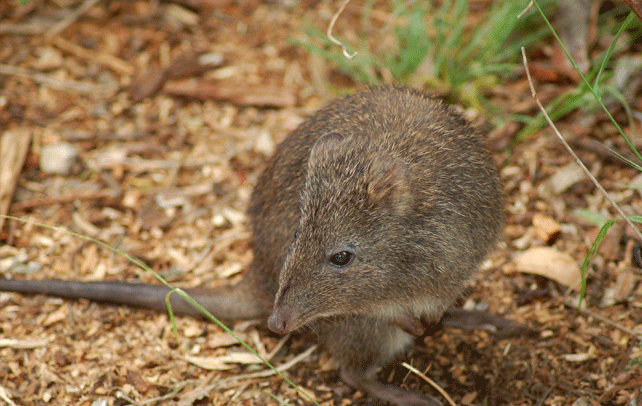 Long nosed bandicoot, an insect eating marsupial, is the largest member of the genus perameles and belongs to the family of Peramelidae. Restricted to the lands of Australia and Tasmania, these pests prefer open plains, wooded areas, clear grasslands, and drainpipes as their habitats. The physical appearance of this creature is a bit unusual with slender and elongated snout, powerful hind leg, and pouch to protect the young one. Mostly found in brown colour, the long nosed bandicoot is a nocturnal creature that feeds on insects and plants. Being nocturnal, they look for food at night and restlessly move from one place to another in order to trick the predator. Learn more about this amazing creature in the following lines.