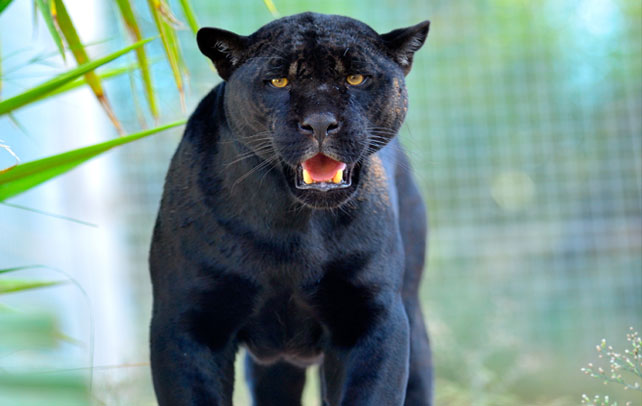 The panther (also known as black panther), the malanistic version of species of larger cats, is known by different names at different places. In Latin America, it is known as jaguar; leopard is the name given in Asia and Africa; and in North America, it is called as cougar or panther. Panthers are very scary and with black body and yellow eyes, they become even more frightening. The cubs of panther can be black or fair with spots. Tree is their second home and they often hunt from trees. They hide in the branches of trees and pounce on the prey from there, almost stunning the prey. They attack the prey’s neck so as to stop their nasal cavity and finally choking them to death. They store the hunted food in trees in order to hide it food from scavengers. They can be mostly found in Nepal, Assam, Malay Peninsula, Myanmar, and China. It is believed that some species of panther also exist in United Kingdom and America. Read the next section to collect some more interesting and amazing facts about the panther.