Home  »  Amazing & Animals & Inspirational  »  When Pet Store Catches On Fire, Officer Sprints Through Flames. See What He Does Next
Click

Pets saved from a fire … Pee Wee Herman instantly comes to mind! Well, we found an officer who risks his life to save many animals and we think you will thoroughly enjoy his story.

Rafael Burgos and Jeffrey Korger, police officers for Franklin, New Jersey, responded to a call for a fire at the Route 23 Pet Center. They were the first ones to arrive on the scene.

The shop was already well engulfed in flames, and smoke was billowing out of the back of the building. They had no way to know if anyone was still left inside, so Burgos rushed in to search the premises.

After fully checking the shop, he confirmed there were no employees or customers inside. He then turned his attention to the frightened dogs, cats, and other animals caged inside who could not set themselves free.

Burgos immediately started carrying the animals out, saving dozens that were trapped inside. Dogs, cats, ferrets, and exotic animals suffering smoke inhalation were taken to a local animal hospital.

The response and quick timing of the rescue saved so many of their lives. Many people helped in this rescue as they began pulling the animals out of the building.

Nancy Nelson, who stopped to help on her way to work told reporters, “It was organized chaos. Everybody had a job. Animal people come together very quickly when it comes to a rescue situation.”

Burgos also suffered from smoke inhalation during his heroic efforts and had to be admitted into the hospital. He is doing fine and expected to make a full recovery.

Burgos has been called a “hero” for risking his life to save the animals. But there are some who have said he shouldn’t have risked his life, because he wasn’t trained in this area.

Local residents did not like this comment and have been flooding social media with messages of support and thanks to Officer Burgos. “There is no doubt in my mind that Officer Burgos is a hero,” wrote one resident. “We should be thanking him for his service and for his heroic act, not punishing him.”

The police union is strongly supporting Burgos and stated, “…(he) is a veteran with 20 years of law enforcement experience… He acted as a dedicated professional, as all the officers of Fraternal Order of Police Lodge 57 would have in the same scenario, and will continue to do.”

Thanks to the rescue of these animals, they can now be adopted into a family. What a blessing for not only the pets but for the families! 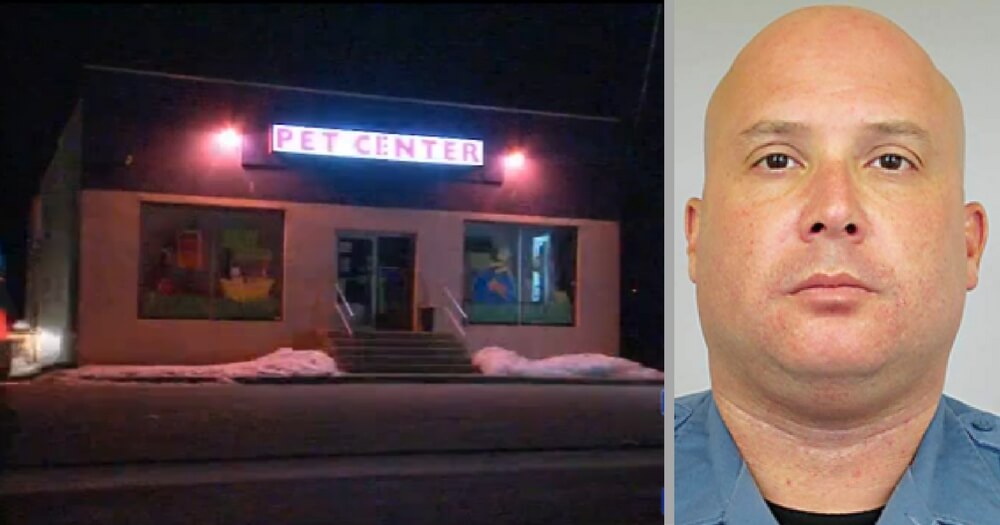