Home  »  Animals & People & Shocking  »  Here Is What Has Happened To The Man Who Shot And Killed Beloved Police Dog Jethro.
Click

In January 2016, Jethro was shot and killed by Kelonte Barefield while he was reporting to a burglary at a grocery store with the Canton Police Department.

Hundreds attended Jethro’s funeral to honor the dedicated K-9 officer who gave his life for his job. Davis had been with Jethro since the dog was 8 weeks old and was devastated when he died at only 3 years old.

Seven months after his death, justice was finally served. Kelonte Barefield was sentenced to 45 years in prison.

He pleaded guilty to many charges, including an unrelated robbery, and was given the maximum of six years, included in his full sentence of 45 years, for killing Jethro.

Since the uproar over Jethro’s death, Officer Eric Stanbro, who runs the Canton K-9 unit, has received 2,000 letters. The Ohio state legislature is currently working on increasing the sentence for people who kill K-9 officers.

If you are happy to see justice for Jethro, you will also be pleased to know that a little girl donated all of her allowance after hearing about Jethro’s death, in hopes of getting bulletproof vests for K-9 officers 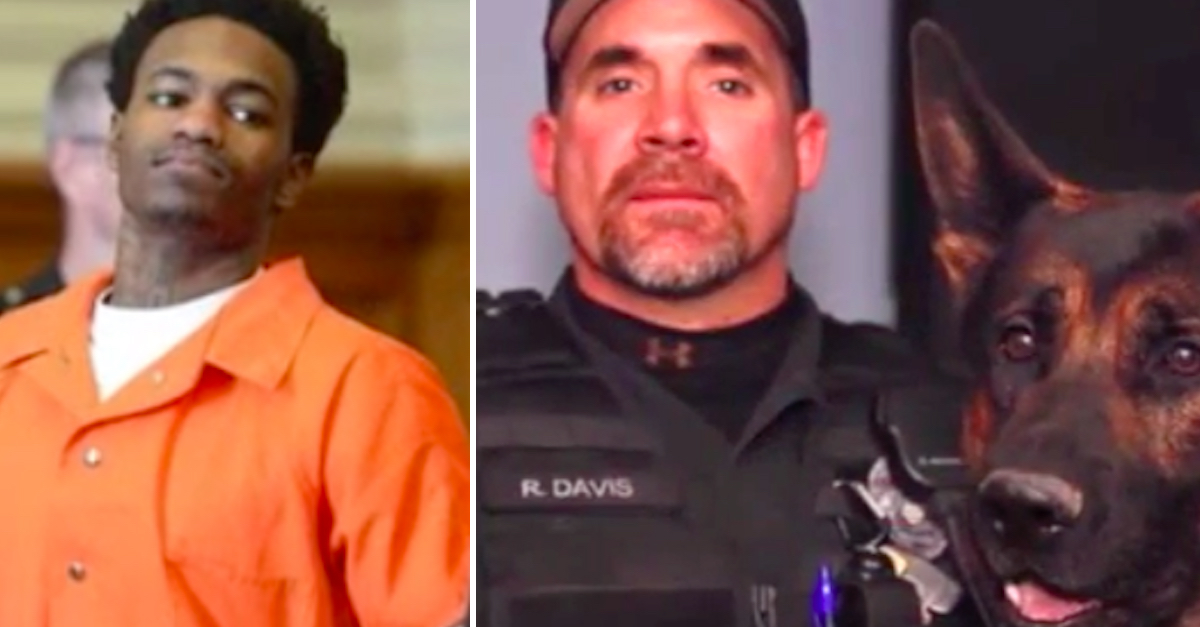