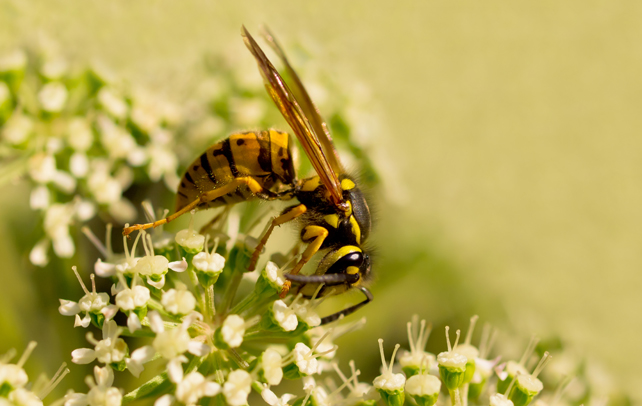 Ever wondered how many different species of wasps can exist in the world? Well, the answer is 100,000. In fact, the number actually surpasses this count. Often confused with bees, in general, but wasps do exhibit a couple of differences when compared to bees. While wasps have slender bodies, narrow waists and appear to be shiny, bees, on the other hand, have a hairier body. What’s more, a bee sting remains embedded in the skin of its prey, while a wasp can sting a human multiple times, which contains a powerful venomous punch. Ranging from metallic blue to bright red to yellow to brown, wasps are found in all colours one can imagine. This medium sized flying insect has a global presence with the exception of arctic and sub arctic regions. A comprehensive list of interesting facts and amazing information on wasps waits to be discovered. Browse through the following section to uncover various details on the wasp.

Interesting And Fun Facts About Wasps