The way the times are changing does not bode well for the Police. Those sworn to serve and protect are under the microscope more than ever.

It’s too bad that the fine work of many seems to get lost when one incident steals the limelight, though we do acknowledge that a situation can have serious consequences and may deserve to be scrutinized.

This story provides a wonderful example of going above and beyond. Officer Gaetano Acerra of the Sumter, South Carolina Police Department answered this call in more ways than one.

When he came to the aide of a disgruntled, frustrated teen he knew he had to help. He knew it was “the right thing to do.”

When young Cameron Simmons got into an argument with his mom, he didn’t know where to turn. He did know enough to call 911 and give someone a chance to help.

Although calls like this don’t always end up with such a happy ending it’s good to see they work out now and then. It’s a generalization but most Officers choose the profession due to their desire to be of assistance.

It’s unfortunate that Officer Acerra found young Cameron “going without”. He was lacking what many kids take for granted.

To find him having a bare room, no bed (only an often deflated air mattress) and minimal supplies struck at Gaetano’s heartstrings. “I thought of the little things I could give him, to make him a happier kid”, said the officer.

When the call for help was made the youngster couldn’t have known how things would turn out. He never realized he’d have an officer who would return later and supply a real bed, a desk, TV and a Nintendo Wii.

The incident led to a friendship and a mini support system being formed. It also instilled a little faith in a young man who came to believe folks are out there you can believe in. 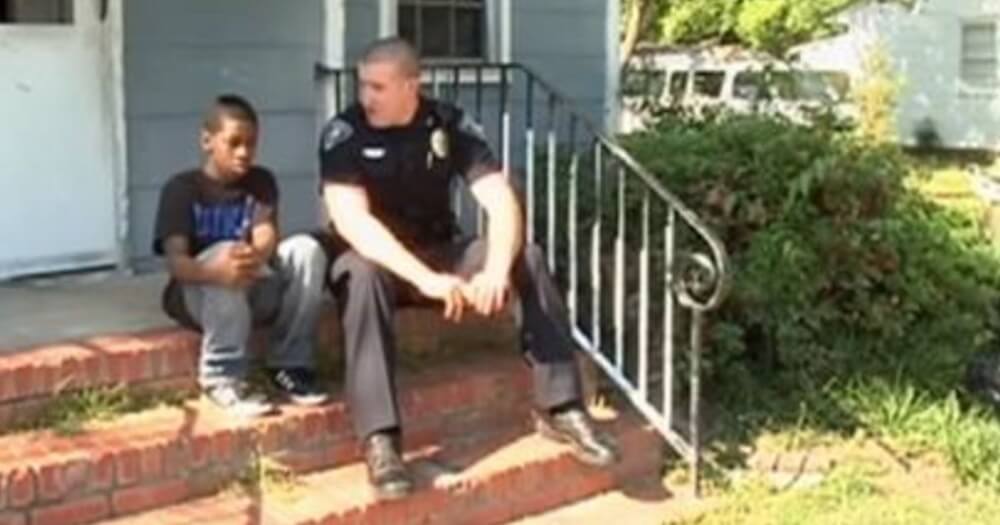