Home  »  Kids & Parenting  »  Days After Teen’s Death, Parents Find Video He Recorded. But What It Says Leaves Them SOBBING
Click

Ben Breedlove lived an inspirational and faith-filled life before it was cut short in 2011. Despite his chronic heart condition that ultimately took his life, Breedlove lived each day to the fullest.

Breedlove grew up in Austin, Texas, with his parents, big sister Ally, and little brother Jake. He was born with hypertrophic cardiomyopathy, which causes a thickening of the heart muscle, leading to high blood pressure and the possibility of sudden cardiac arrest.

As Breedlove grew up, his overall healthy, typical childhood was peppered with moments of medical emergencies. Each episode took him to the brink of death, but somehow left Breedlove stronger and more at peace than ever.

When he was just four years old, Breedlove suffered a life-threatening seizure. He woke up and told his parents, Sean and Deanne, that an unrelenting bright white light was above his head the entire time.

“And it was significant,” said Sean, “because the hallway that they were being wheeled down, there were no lights on in that hallway.” The memory stuck with young Breedlove throughout his life.

It was 2011 when Breedlove experienced another brush with death, and another powerful vision. He collapsed during school, and while a medical team worked to revive his stopped heart, Breedlove recalled feeling an inexplicable peace that he could only describe as heaven.

“I asked him if he was happy that he had woken up from his vision, and he said, ‘I guess,’” an emotional Ally recalled. “And he started crying really hard. And that was really difficult for me to hear, as his sister.”

It was just two weeks later, on Christmas Day, that Breedlove’s heart would stop for the last time. It was almost as if Breedlove knew his final day was approaching, because just days before he died, he recorded a powerful message for his family and friends.

Breedlove had recorded a YouTube video about his life, struggle with his heart condition, and his glimpse into heaven that few can say they have seen. Breedlove’s grieving family watched in awe as their son shared words of encouragement they desperately needed: that God is real, and heaven truly exists.

The family knows without a doubt that Ben is in a better place now. When asked about the skeptics, who say that visions can be explained by medicine because of a lack of oxygen to the brain, Ally says her brother’s eyes told the truth.

“I could just see it in his eyes, this peace that he felt,” said Ally. “There was no way he could ever describe it to us.”

Breedlove’s video went viral, giving the hurting world a message of hope that it desperately needs to hear. “You know, that is the only reason that I’m able to cope with missing him every day,” Ally expressed, “is because I believe that he is more alive now than he’s ever been.” 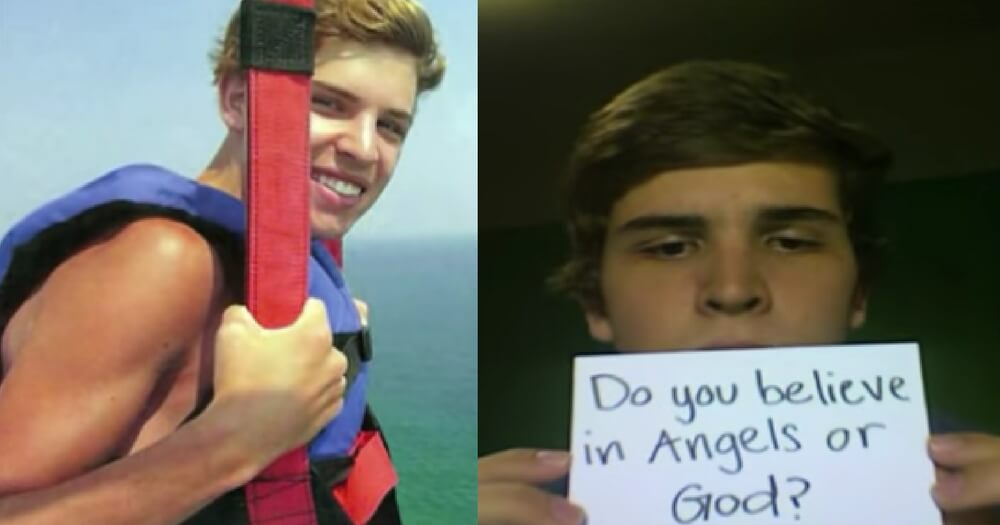