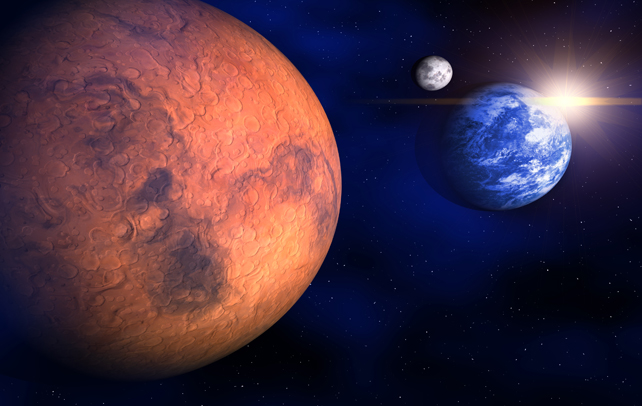 Most of us are fascinated by the numerous stars and celestial activities. Think about it, how many times have we spent a good night observing the galaxy and have made imaginative figures joining those twinkling dotted stars? Certainly, several times! Among these awe-inspiring celestial objects, are the planets, and when we try to go into the details of the eight planets, one of them which seems to be most intriguing and much-researched is the planet Mars. The fourth planet from sun after Mercury, Venus and the Earth, Mars and its altering features are often recorded through the telescopic observations. It’s a planet that has been the subject matter of interest of many scientists and scholars for a long time. Many have even speculated the possibility of vegetation and life on Mars; however, the snapshots brought by the Mariner 4 spacecraft in 1965, depicting bleak, cratered surface shocked a large number of people. A perception was made which took Mars as a ‘dead planet’. But human curiosity did not end there, and hence, the reason why so much complexity is associated with this Red Planet, Mars. The mission is still ON across the world! Look at the next part of this article to explore what has been unveiled about Mars so far.

Interesting And Amazing Facts About Mars