There’s nothing like seeing a live musical performance and feeling all of that energy coursing through the room.

Of course, I also usually end up rolling my eyes at the high ticket prices that keep rising. That’s why I’m always blown away by talented individuals who share their gifts for free, like street performers. You might even be able to catch a famous face joining in now and again, like when Steven Tyler jumped up to perform a duet with a busker covering one of his tunes.

The woman below doesn’t have a big recording contract or sold out venues, but she definitely possesses a seriously incredible set of pipes.

While walking along the cobble roads of Santiago de Compostela, Spain, a tourist named Ana was struck by the beautiful music she could hear above the idle chatter. At first, she assumed it was coming from a speaker blasting the music from a nearby cathedral, then she noticed the humble woman sitting by herself on a step.

Ana felt compelled to stop in her tracks due to the woman’s angelic rendition of “Ave Maria,” as her vocals were so crisp and haunting at the same time.

What makes it all the more impressive is how apparently effortless it is for the woman to produce such a gorgeous sound as she calmly continues her performance. 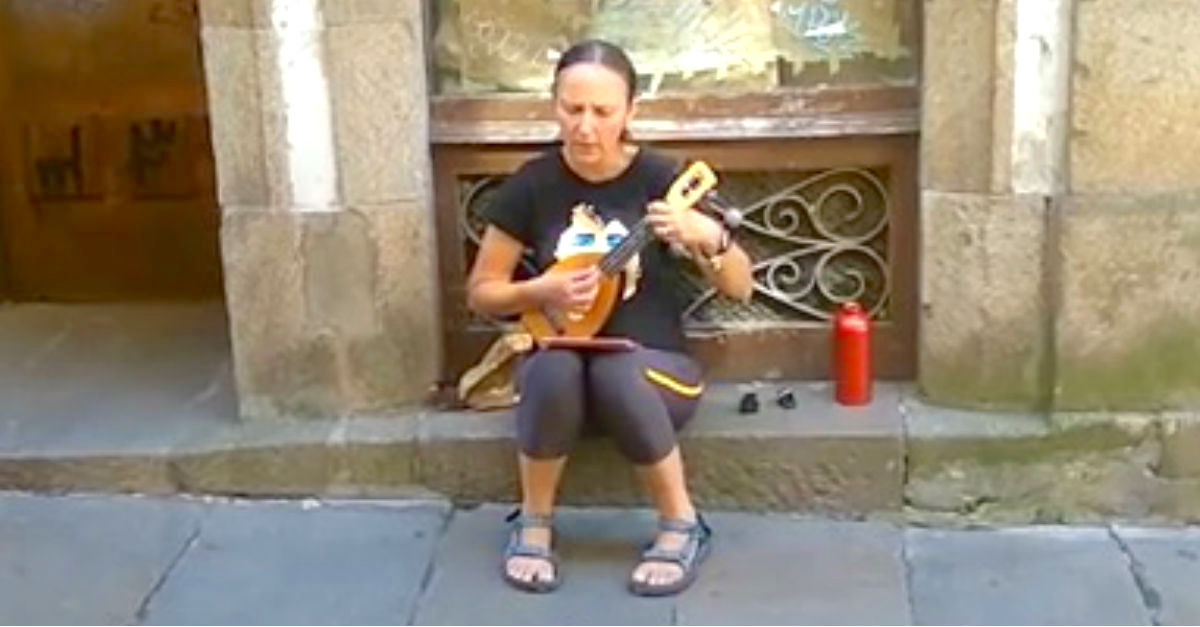