Last year, a year-old chihuahua mix named Chunky was found on the brink of death. After he was kidnapped by four teenagers, the poor pup had been subjected to some of the cruelest torture imaginable. They kicked and beat Chunky until his legs were broken. Then they lit his face on fire with an aerosol can and a lighter. Finally, they dumped him in a landfill.

Now, after finally being rescued, Chunky is inspiring people all over the world to make a stand against animal cruelty.

How anyone could ever do that sort of thing to another living creature is beyond us. Thank goodness Chunky is okay and already proving he’s a fighter! 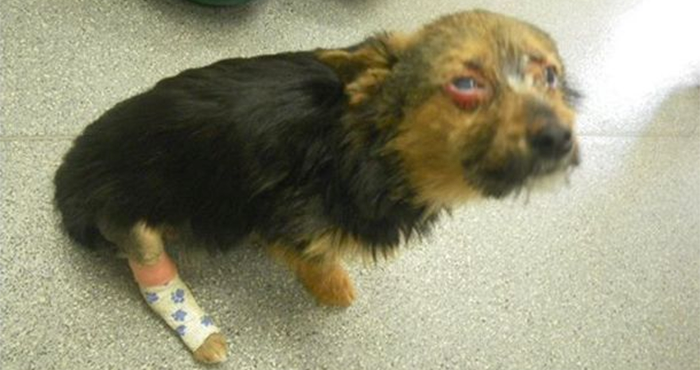