Cameron Timms, 14, was taking a leisurely swim with his family in Moonshine Gorge in Western Australia before the croc suddenly appeared.

The clip, filmed by an underwater GoPro, shows the beast lurking under the water, creeping up on the boy before biting him on the stomach and elbow.

We were just standing in a group (in the water) and I was swimming through the middle when all of a sudden I felt something on the side of me. I realised I was bleeding, I went into a bit of shock and didn’t know what was going on.

The father explained that he and his wife had felt something hit them beforehand, but they just assumed it was one of their kids accidentally kicking them as they paddled.

Cameron suffered a puncture wound to his elbow and stomach and was later treated with antibiotics. 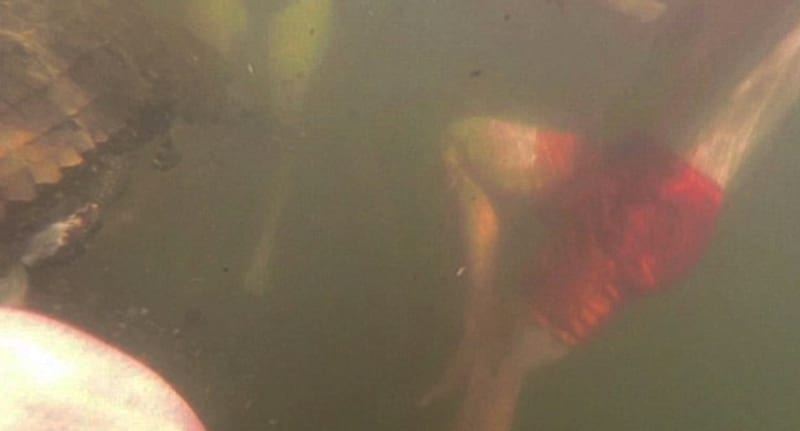