Home  »  Animals & Rescue  »  She Was Abandoned At A Shelter After Going Blind. But Then She Met People Who Never Gave Up On Her
Click

The shelter was unable to help her, so poor Tessa sat in her cage, shivering, scared and confused. She was scheduled to be euthanized, but hours before, staff from the Bill Foundation went to see her.

It was unknown if her condition was treatable, but they didn’t care. They took her in with hopes that she’d make a recovery. But that road would be far longer than they ever could have imagined. It turns out that Tessa wasn’t just blind, she also couldn’t stand or walk.

They bathed her and brought her to their vet. They found out that she had Vertical Nystagmus, which makes her feel dizzy. This explains why she couldn’t walk on her own. She then had an MRI which showed she had Hydrocephalus, which is fluid in the brain. At this point, the odds of her being able to walk or see again were slim to none.

But rescuers still didn’t give up on sweet little Tessa. They made her a promise, and they were going to keep it. They started her on treatment and helped her learn to walk again. After some time, her eyes began responding to light. She went from running, to walking, to even climbing!

The little dog who was once hunched over in a little cage, terrified and confused, was now running around with a smile on her face. She lives with another dog who she has become very close with, and she is getting very well taken care of.

Tessa’s road to recovery was a long one, but the staff at Bill Foundation never gave up on her. Because of them, and her will to live, Tessa came out on top!. 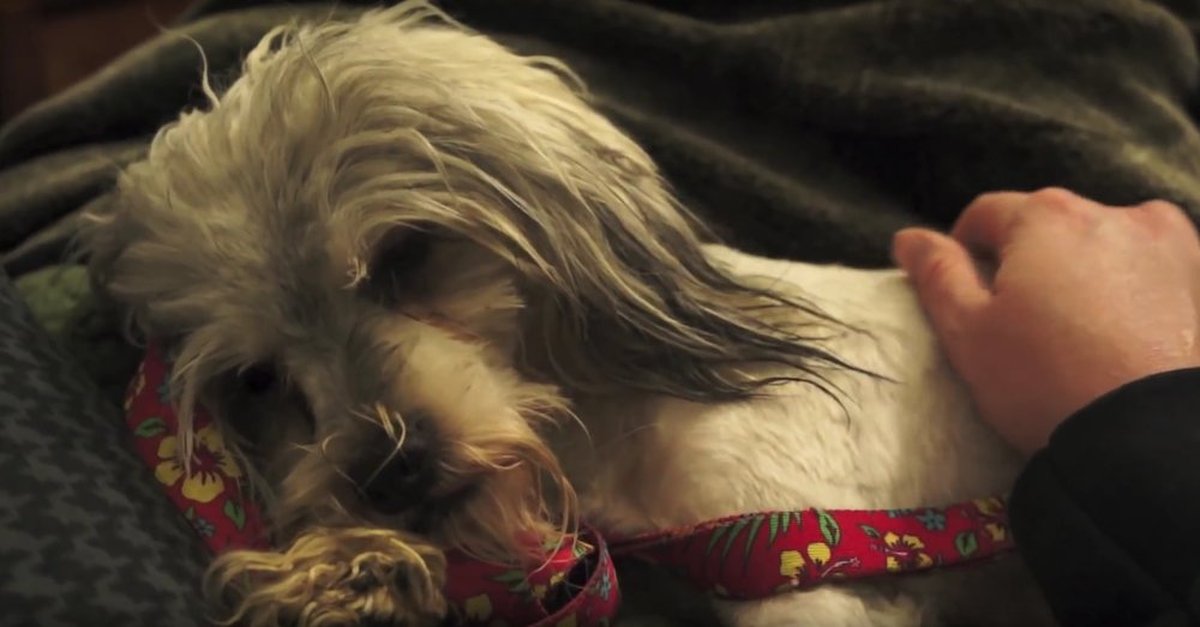