A TED-Ed lesson by Kim Preshoff gives a number of real world examples to help people visualize the concept of one part per million. The lesson uses things like kernels of corn in a truckload, bricks in the Empire State Building, and drops of ink in a bathtub to make its point and help people better understand the measurement.

“Parts per million” is a scientific unit of measurement that counts the number of units of one substance per one million units of another. But because it’s hard to conceptualize really large numbers, it can be difficult to wrap our brains around what “one part per million” really means. 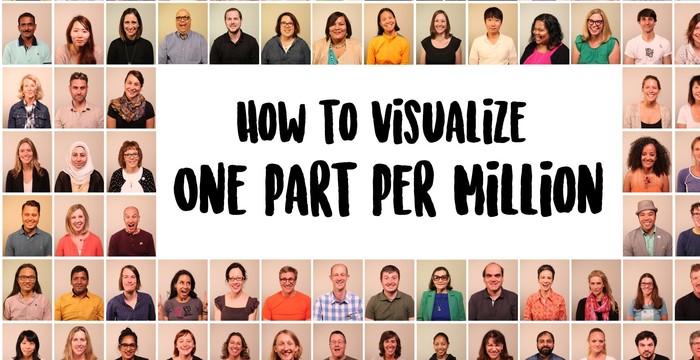