Home  »  Fun & Humour & People  »  Mom Hears Noises Above Bed, Then Finds A Man She Split With 12 Years Ago Living In Her Attic
Click

But in 2012, she was horrified to find out her efforts were only locking in an outsider.

It began with strange, random noises throughout the house. One evening, after putting her kids to bed, Tracy heard thumping coming from the attic directly above her bedroom. Just then, the nails began popping out of the ceiling, one-by-one.

Tracy called for her adult sons and nephew to check out the attic. They thought they’d find an animal, or even something supernatural, but what they found was much more terrifying.

The family discovered a man sleeping, wedged in between the heating unit — and he had been living there for upwards of two whole weeks!

The only way he could have gotten up there was through the front door. Tracy admits this was like something out of her wildest dreams. Just as Tracy called 911, the man ran out of the house.

The story was about to take another horrifying twist, as this man was not a stranger. He had once done some housework for her, long ago, and the two even dated! 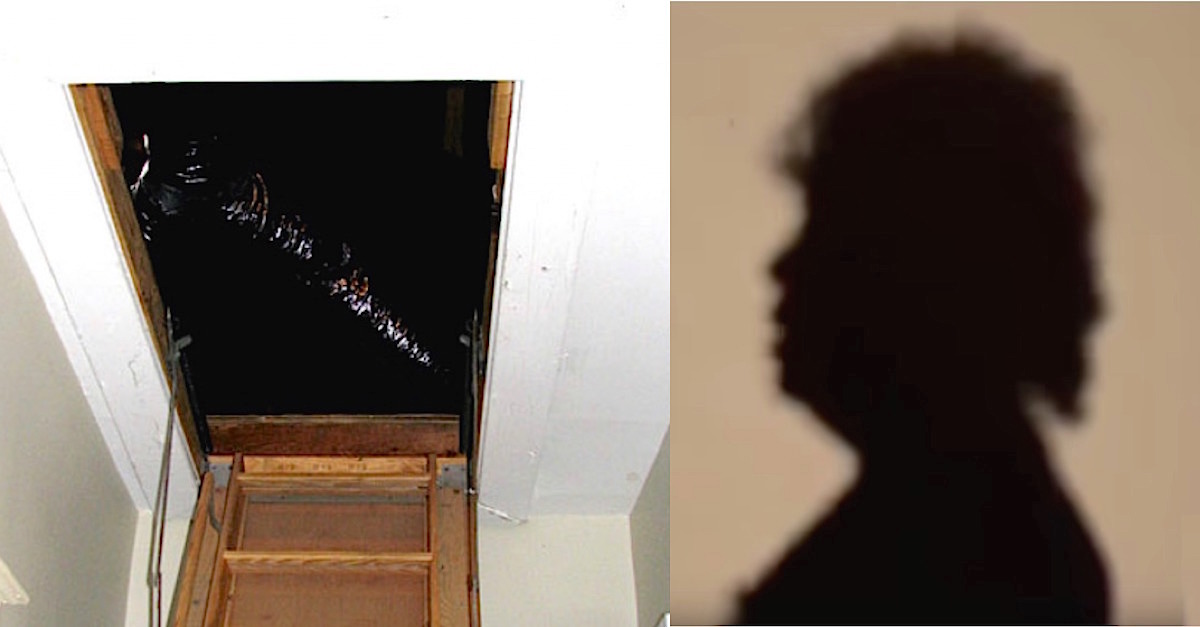