Home  »  Parenting & People  »  Mom Devastated After Baby Dies From Rare Defect. What She Does Next Is In Headlines EVERYWHERE
Click

Demi Frandsen was rushed to the hospital for an emergency C-section. But she and her husband, Jeff, weren’t expecting baby Leo for another two months. When he arrived, he only weighed 2 pounds, 10 ounces, and diagnosed with a rare birth defect called gastroschisis which affects the abdominal wall. Terrified, the couple parted with their baby while he spent 10 months in the NICU of Omaha Children’s Hospital and Medical Center.

Demi wasn’t able to hold her baby until he was one month old. “I will never forget the way his eyes locked in on mine when they finally got him into my arms. It was the most beautiful moment of my life,” she told TODAY Parents. Unfortunately, baby Leo did not survive the endless amount of complications and passed away on October 22, 2015.

While completely devastated at the loss, it was what the grieving mother decided to do that blew everyone away. It’s easy to wallow in misery when faced with such trying times, but Demi decided to put her shot at motherhood to good use. With the help of lactation consultant Tammi L. Marti, Demi was able to continue producing breast milk. At Marti’s suggestion, Demi donated it to the hospital for those in need. 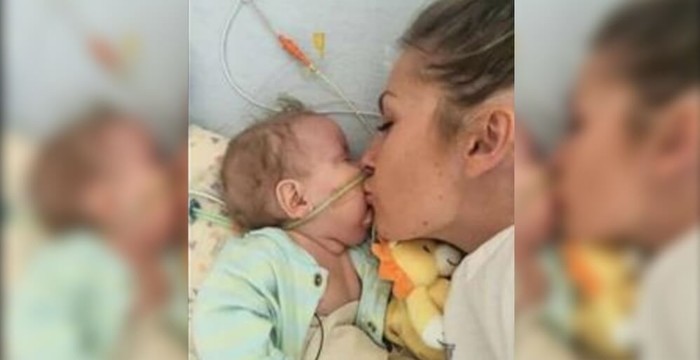