Daniel Evans worked as a pool-cleaner and did whatever he could to pay the bills for his family.

The judges were about to discover Daniel’s powerful reason for auditioning. Tragically, his wife passed away after giving birth to their third child.

Before she passed away, his wife tried to convince him to audition for the reality TV singing competition and pursue his passion for singing. But for four years, he always made up an excuse as to why he couldn’t.

In the wake of his wife’s death, Daniel realized life is too short and decided to just go for it. “If I do this, at least I can say I tried,” Daniel says.

For his audition, Daniel chose to sing “Sometimes When We Touch” a classic love song released in 1977 by singer Dan Hill.

All of the judges, including Simon, are emotional — but judge Cheryl Cole is the most overcome. As Daniel sings his heart out, she watches through her tears.

“I can see why your wife wanted you to audition,” she tells him. “I think she would be very proud.” 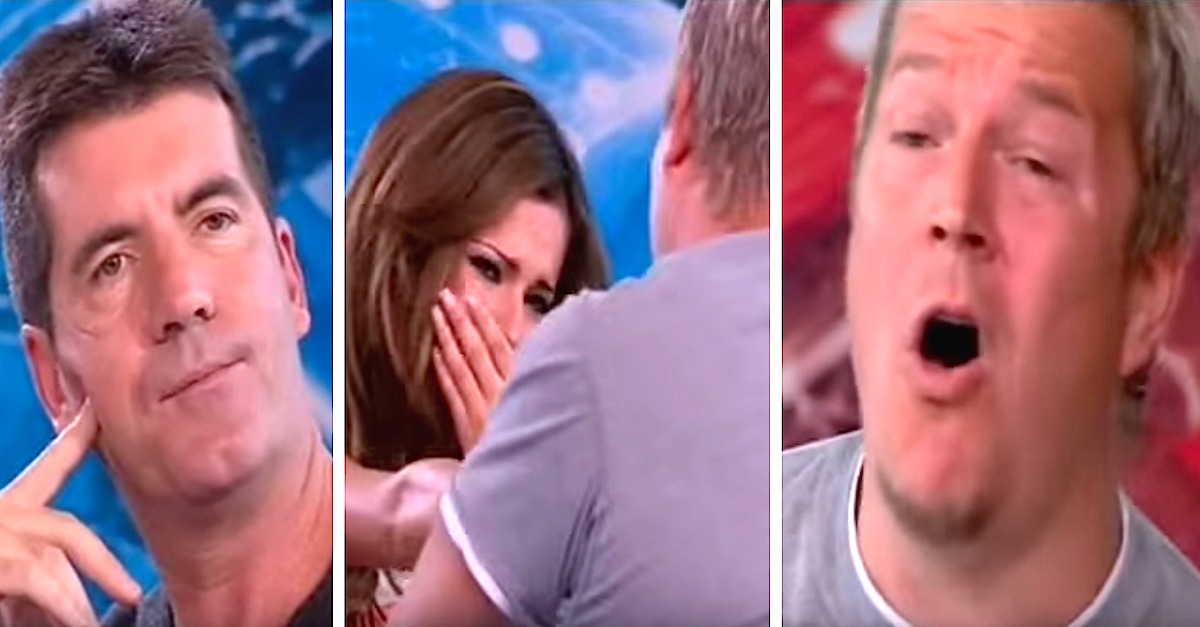