Jeff Dunham has numerous characters that he pulls out and has conversations with in his shows but one of his fans favorites is definitely Achmed.

In honor of Halloween, he pulled out Achmed at a show but he was dressed as a she and said his new name was Achmedina. The conversation goes to places that no one expected and because of the some of the things Achemedina says every lady in the crowd was completely on his side and cheered louder as the show went on. 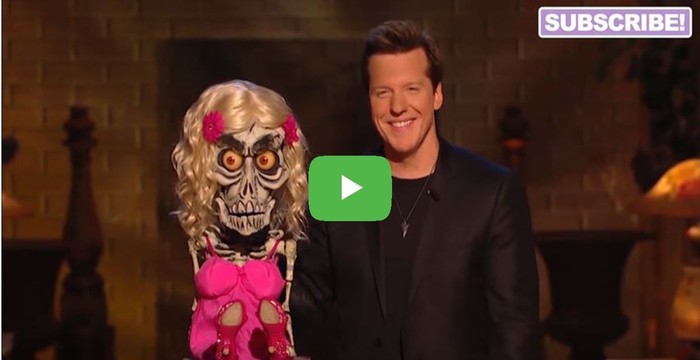