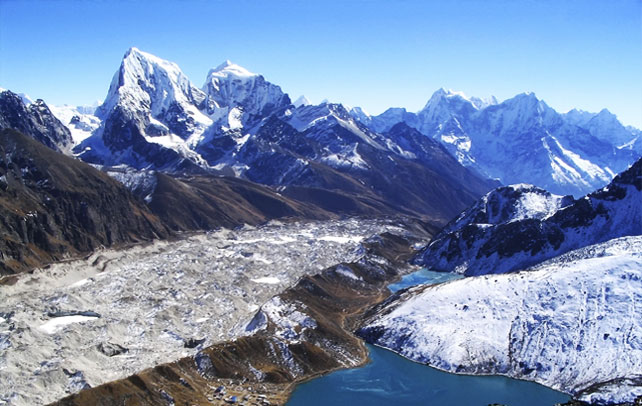 Himalayas, the greatest mountain range of Asia, is home to world’s highest peaks including Mount Everest and K2. They are a group of mountainous regions situated in Southern Asia including Pakistan, India, Bhutan, Tibet, and Nepal. Comprising of 30 mountains and 9 of the highest peaks in the world, they form a fence between the Tibetan plateau to the North and alluvial plains of the Indian subcontinent to the south. Stretching over 2,400 kilometres (1500 miles) from Assam in Eastern India to Pakistan in the west, they hold the highest peaks and largest glaciers on earth. Himalayas have held a profound significance on the mythologies, literature, religions and culture of South Asia. Since centuries, they have been the centre of attraction for the pilgrims from India and Nepal and for the mountaineers all over the world. Ever since Edmund Hillary and Tenzing Norgay scaled the Mount Everest, many have set out to explore the unknown zones of Himalayas, which is the greatest challenge for the mountaineers all across the globe. Read on to discover fascinating facts about the Himalayas in the write-up.

Interesting Facts About The Himalayas