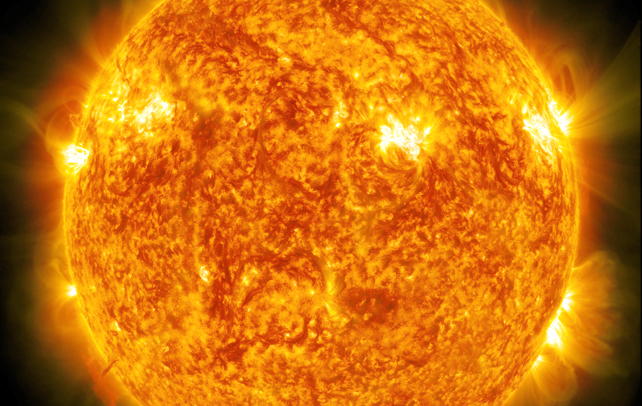 Sun, the only source of solar and heat energy has been worshipped as a significant deity from ancient ages. It has various names in different cultures; ancient Greeks named it ‘Helios’ while the Romans entitled it as ‘Sol’. Several mythical tales too run parallel with its existence comprising those of the Aztecs of Mexico, the Chinese, Native American tribes of North America and Canada and the prehistoric Egyptians. Considering all this, it wouldn’t be wrong to state that since the ancient times, it has been the source to which life has clung on to, and has evolved. Considered as a source of liveliness and positive energy, this massive ball made of burning gases looks spellbinding with its enduring shine and magnificence. It seems, as if the great heavenly body is keeping an eye on the entire solar system, including the Earth and the life within. Undoubtedly, it is the most prominent figure which holds the entire solar system and is also an important reason for the survival of life on the Earth. Read to know some interesting facts about Sun.

Interesting And Fun Facts About Sun