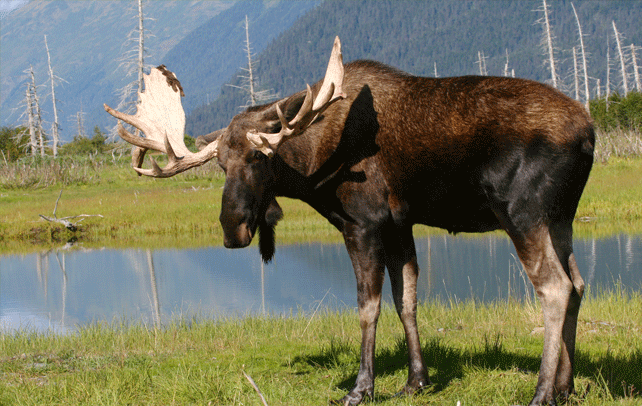 Moose is a ruminant animal with even toes and cud-chewing characteristics of a typical land herbivore. The name moose has originated from the Algonquian Eastern Abnaki named ‘moz’ which means twig eater. They are often known as large northern deer with huge flattened antlers (found in males). They survive in boreal and mixed deciduous forests of the Northern Hemisphere. Moose is the largest species in the deer family. The humped look of the moose is due to its highly muscled shoulders. Moose is a diurnal animal that grazes during the day time and sleeps at night. The head of a moose is long and heavy, with slightly suspended big and flexible upper lip. Usually of peaceful disposition, a moose can turn out to be aggressive if threatened. Here are few interesting facts about the giant deer in the following lines.

Interesting And Fun Facts About Moose