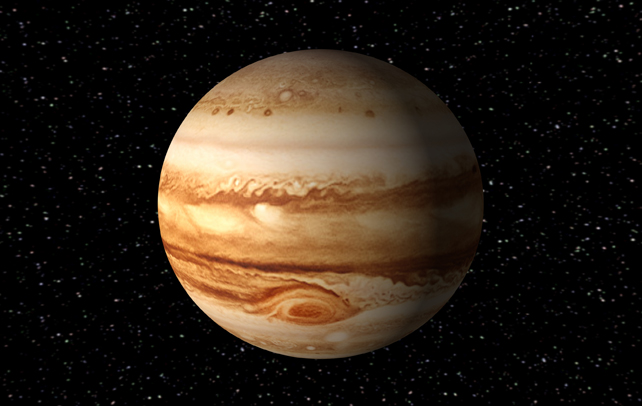 Jupiter, the largest planet of our solar system was named so by the Romans after their King of Gods. And the Greeks named it Zeus, who was the son of Cronus. He was believed to be the most significant deity in both the pantheons. There’s definitely an aura of godliness surrounding this giant planet and in addition to it, being enclosed by various moons and rings, it appears as if the foremost god is being encircled by many miniature divinities. Its appearance too—like a drapery of vibrant colours and range of atmospheric features—is no less godly. When observed from the finest telescope, Jupiter gives a marvellous look, like a wall-hanging with woven designs in it, made so by the cloud formations. Go through the article on Jupiter to know some amazing facts about this huge planet of the solar system.

Interesting And Fun Facts About Jupiter