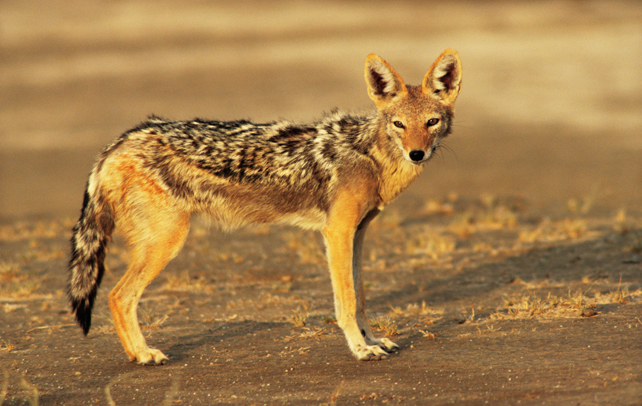 “When the tiger kills, the jackal profits”, this old proverb portrays jackal in a very poor light as a mere scavenger. They are in fact very fascinating animals that will engage you ever more, once you start knowing about their interesting way of life. The jackal is a medium sized dog-like omnivore with a bushy tail and is found in Africa, Asia, and south-eastern Europe. Generally living in a pack of 10 to 30 individuals, they coordinate very well socially. Like other canid species, the jackal is well built and muscular runner with long legs. Staying in group works in their favour because they can hunt bigger animals, like the Thomson’s gazelle and can even protect one another, when threatened by enemies. They have also been venerated as Gods in ancient mythologies of Greece and Egypt. Over the ages they have been very successful in adapting to changing environment. Read on to know more about the creature.

Interesting And Fun Facts About Jackal