Home  »  Food & Beverages & Trivia  »  If You See Produce Wtih A Sticker That Begins With 8, Don’t Buy It
Click

These little stickers not only tell the store employees the Price Look-Up information, but they can also be used to tell you exactly how they were grown. From conventionally grown with fertilizers, pesticides and other chemicals, to full-blown organic, these stickers can help you figure out exactly what you and your family is about to consume!
Here’s everything you need to know about the small stickers on our fruits and vegetables that we usually ignore! You’ll need to look at the numbers located under the text that says PLU.
Four numbers in the PLU: The produce was grown conventionally or traditionally. Meaning that the farmers use a variety of pesticides during their yield’s growth.
Example – All conventional bananas are labeled as such: 4011.
Five numbers in the PLU (number usually begins with an 8): The item is genetically modified, meaning the fruit or vegetable has been altered in a way that wouldn’t naturally happen. This could be done in a scientific laboratory, or it could be created through decades of artificial selection.
Example – A genetically engineered (GE or GMO) banana would be: 84011.
Five numbers in the PLU (number usually begins with a 9): The item was grown organically and is not genetically modified in any way. These are usually the most healthy, chemical-free options on the produce stands.
Example – An organic banana would be: 94011
See? It’s easier to decipher than you might’ve originally thought! 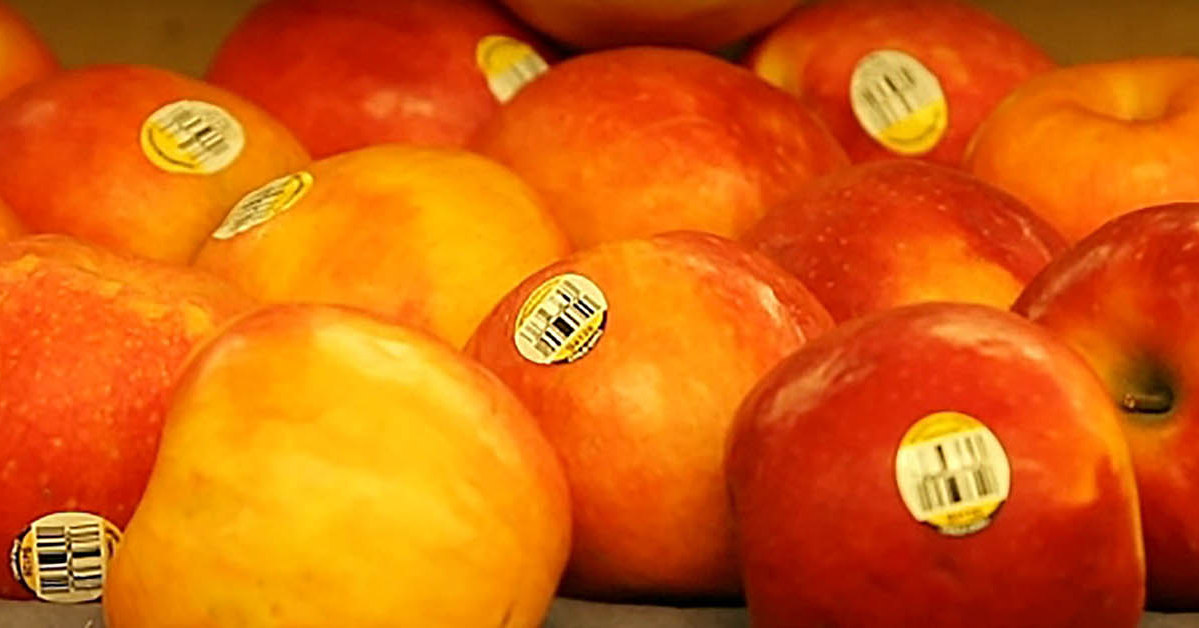