The Internet has given us tons of videos of people waking up from procedures and saying some pretty outlandish things. Alex Mandel, the son of “America’s Got Talent” judge, Howie Mandel, recently posted a video of his father waking up from an endoscopy and it is pretty hilarious.

In the video, Howie gushes about his son, “My son is the most successful person. He’s on YouTube. He does dates with no pants on.”

Other notable quotes from the reality-show judge include:

Squirrels don’t talk but they have so much to say.

How, why, where. How? I’m how. What is a group of persons, people, we. Mash those two words together, How-We, Howie; That’s me.

When the recovery room nurse asks if he would like some juice, Howie is shocked, “what did you say about Jews?!” he gasps. “We are people, too.”

Alex made the video in revenge of the video Howie made of him after he had surgery. The original video is on YouTube. 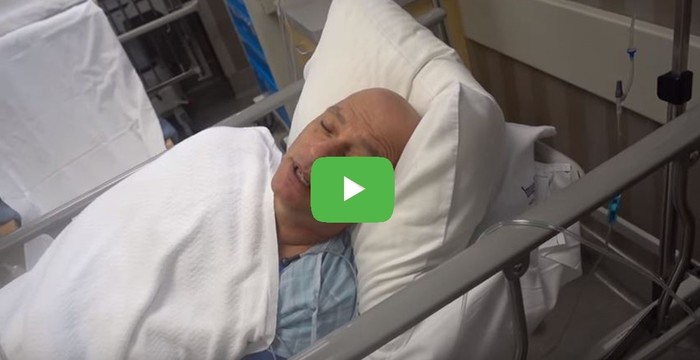