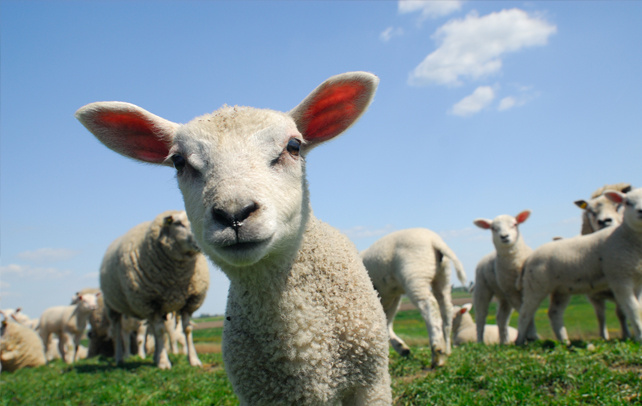 One of the first animals to be domesticated by humans, Sheep, have been serving us for long, with quietude and an always-serviceable attitude. They are believed to have been descended from the wild mouflon of Europe and Asia, and have evolved into how they look at present. Belonging to the family of ruminants (containing over 150 species including cattle, goats, buffalo, camel, and llamas etc), sheep have been, and are used for production of wool, meat and in some places, for milk. Apart from being multi-utilitarian animals, they are also considered an important animal in many cultures and religions – for being used as sacrificial animals (a lamb is considered innocent and pure). Even today, they are used for same. What more of service could you ask from them? An innocent bunch they are, really! Read the following section to know more interesting and amazing facts about sheep.

Interesting and Amazing Facts about Sheep