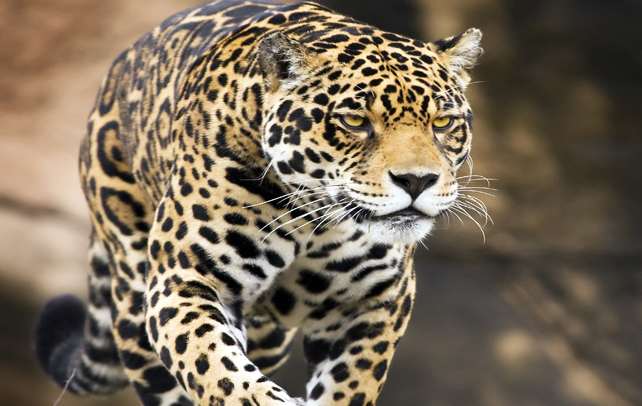 Best known to resemble leopard, a jaguar is larger and of muscular built and its behaviour is closer to that of a tiger. It has a solid body, big head, and powerful jaw. Its coat has a yellow and tan colour but colour can vary from reddish brown to black. The spots on its coat are more solid and black on the head and neck. They have larger rosette shaped patterns along the body which separates them from leopards. A short and burly structure makes them expert at climbing, crawling, and swimming skills. Jaguars have the strongest bite as they bite with a force of 2,000 pounds which kills the prey instantly and that is why it is able to pierce through armadillos and turtles. Jaguars fall under the category of near to extinction and their numbers are declining continuously. Constant hunting, forestry, and human habitation are the reasons of their decreasing numbers. Read the subsection below and collect some interesting and amazing facts about jaguar.

Interesting And Fun Facts About Jaguar