Nearly 40 years ago, and on the fifth anniversary of Charlie Daniels Band’s annual concert, Volunteer Jam, The Devil Went Down To Georgia made it’s world premiere…

Here is a song we just finished writing and recording and we are going to do it for the very first time in public tonight…This is called ‘The Devil Went Down to Georgia’.

And with that, Daniels swiftly picks up his fiddle and begins sawing away.

The song would be commercially released later that year on their record Million Mile Reflections and would go on to see the No. 1 chart position in multiple countries. As is traditional with classic country and bluegrass music, the lyrics tell a story throughout the song. This track, in particular, is closer to being spoken than sung in a majority of the verses.

In this truly amazing piece of art, the Charlie Daniels Band not only tells a story with the lyrics, but with the music as it changes depending on what’s happening in the story. It also showcases Daniels’ incredible fiddling talent which also serves as the premise for the tale. 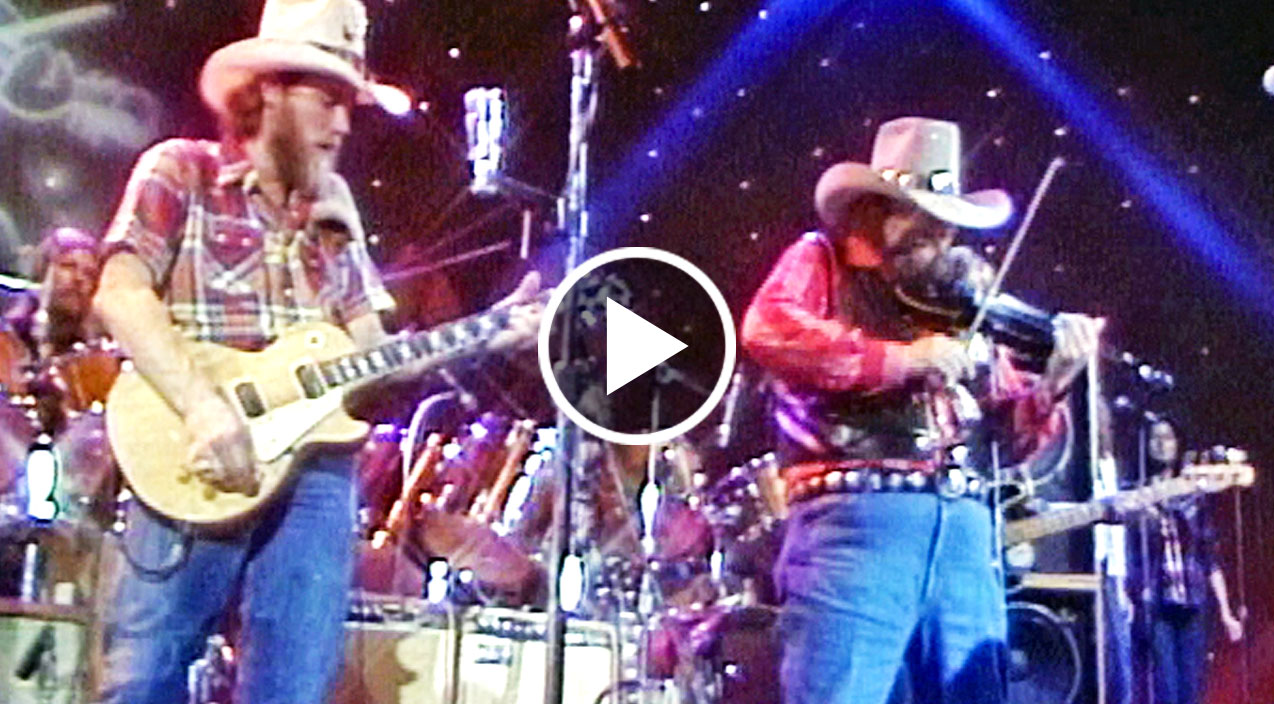