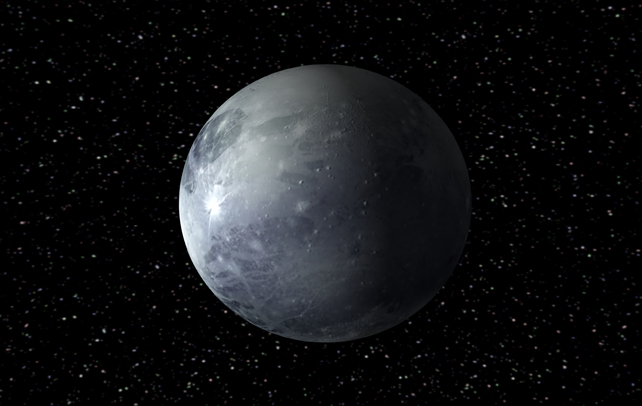 If ever Pluto could narrate its own story, it would go something like this…

“There I was, wandering quietly in the sea of cosmos, humming to the sound of my own whistle until they found me. I knew nothing then: neither the light nor the show, but to my own surprise, I was referred as a planet. An identity is what a long lost craves for! They gave me one, named me Pluto, bright lights and photographs, mention among the greats of Earth, recognition and remembrance in every little one’s mind is what I received. They loved me the most and I loved it. For 75 years it went on, the glory and the fame, till they stripped me off my planetary status; I wasn’t big enough for the ride, they said. A dwarf I am now, planet they call me still, as if it’ll hurt less. Distant and cold they have left me along the corners of the solar system they call it their own. From rags to riches to rags again, they know lesser about me still, but curious they are more, than before. Rise I will to the riches again, is the promise I make; New Horizons (read facts) will open up a new world for them, more than what they can take.

Read on to know more about what is known about me: Pluto – The Former Planet”

Interesting And Fun Facts About Pluto