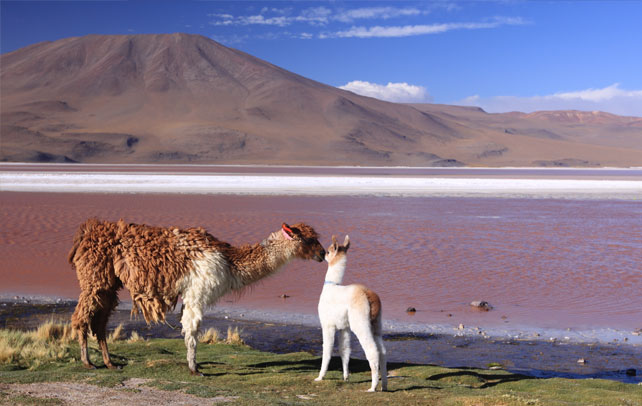 Llamas belong to the camel (camelid) family and are now native to South America. This wonderful animal has a unique history. About 40 million years ago, llamas thrived in the central plains of North America. During the ice age, they were considered as extinct, but actually they migrated to South America and started residing in the Andean Mountains. During the period of extinction, these animals were domesticated in the highlands of Peru by the Inca Indians of South America. The Inca Indians named them as “silent brothers” and worshipped them. For almost 3000 to 4000 years, llamas remained extinct to the world, except Peru. Then in the late 1800s and early 1900s, llamas were rediscovered by the private animal collectors. After the rediscovery, these animals were introduced to the place of their origin, North America. In 2007, there were 7 million llamas and alpacas in South America, but after their transfer to North America, now there is a considerable number llamas in US and Canada too. Llama provides soft wool and its fine undercoat is used to produce handicrafts and garments. Very interesting animal, isn’t it? Let’s read some more facts on this creature and enhance our knowledge.

Interesting And Amazing Facts About Llama