Dogs are more loyal than we ever give them credit for. They will stand by your side, no matter the situation and will refuse to leave, even in the face of danger. These two pooches are no different, but their refusal to move could have spelled their end.

Two dogs were found abandoned in a parking lot and refused to move, despite the fact that their owner wasn’t coming back. Witnesses say they saw the owner leaving the dogs behind to fend for themselves, but these canines thought they were waiting for their return. Several people tried to catch the dogs, but they continued to evade their efforts, always returning to the same spot.

Thankfully, through the use of humane traps, the two dogs were finally caught and taken to the local shelter where they could find a better chance for a new home with a loving family. They’re currently up for adoption. 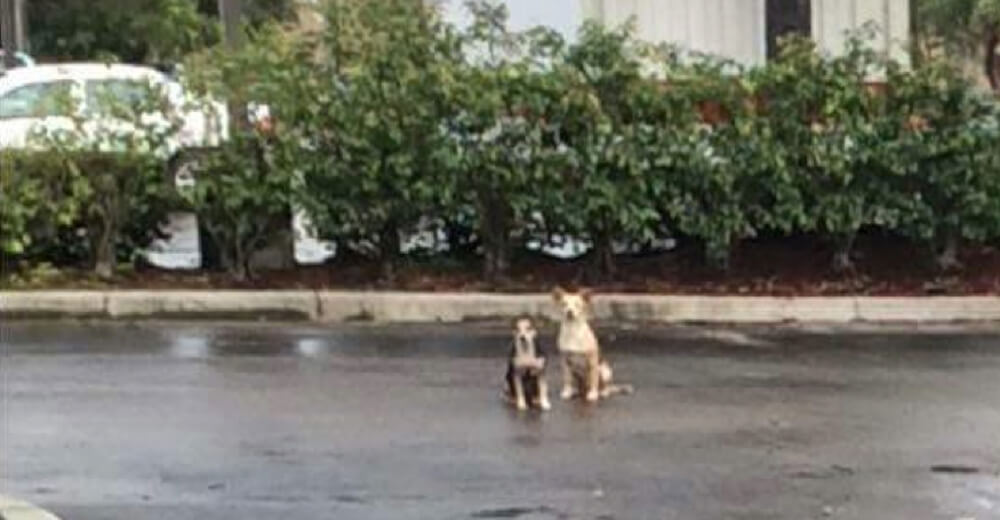