Home  »  Animal Attacks & Shocking  »  Crazy Footage Shows Massive Shark Eating Cow In Middle Of Ocean. This Can Be Harsh For Your Eyes.
Click

It’s not a rarity these days that we’re served up a whole load of nope by our good friend nature.

As a society, we’ve almost become desensitised to the grim goings on in the animal world thanks to the soothing sounds of David Attenborough, but this video is different as it conjures up a lot more questions then it actually answers.

This is the fucked up moment a 16ft tiger shark eats and rips apart a cow smack bang in the middle of the Indian Ocean. Just, how?

The video, captured by a couple of understandably confused mates, starts when they suddenly notice a tussle in the water.

The friends, who were sailing off the French island of Mayotte, soon realise that the tussle is more like a mis-matched encounter when they see a huge tiger shark taking a great big bite out of a horned zebu cow.

Amazingly, the footage was taken nowhere near the coast and was roughly around 500 metres away from the beach.

However, the guy filming thinks he has an answer to that- he’s led to believe that the cow may have fallen off another boat and into the sea.

But still though- damn nature, you scary. 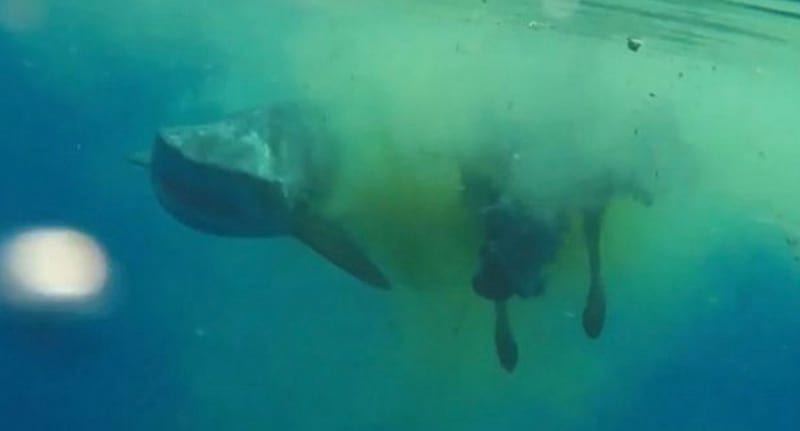