Home  »  Mammals  »  Cow Knew They’ll Take Away Her New Calf, So She Thought Of A Brilliant Plan To Save Him…
Click

Never underestimate the power of a mother’s love for her children. In a trying situation, if there’s one thing you can bet on, it’s that mom will do her absolute best to make sure her kids are happy, healthy and, most of all, safe.

Clarabelle was a milk cow who knew all too well that her calves could be taken away from her. So even after she had been relocated to an animal sanctuary, the trauma of her past life led to one very curious mystery for her caretakers…

Clarabelle is an Australian milk cow that had been saved just hours before she was scheduled to be killed and butchered back in 2014. 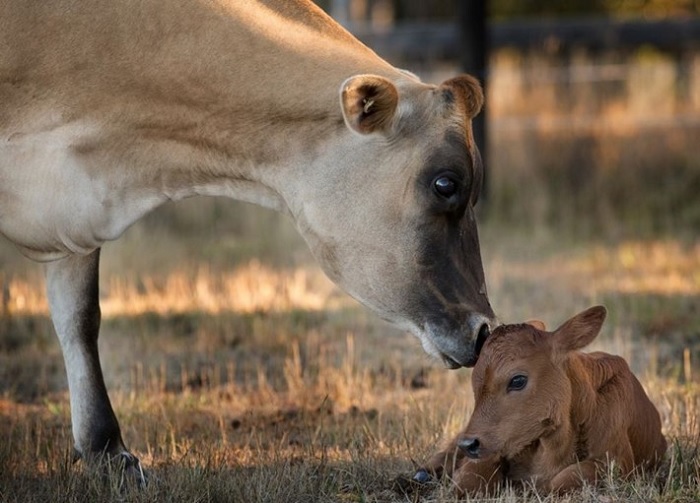 As a milk cow, Clarabelle had endured a constant cycle of births so that she would keep producing milk. 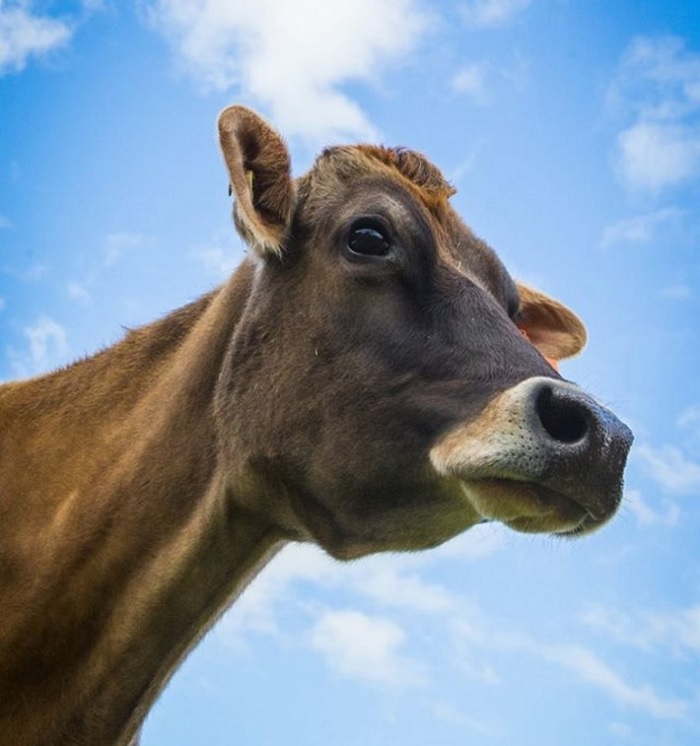 Her calves were taken away from her soon after they were born, with most of the males being killed for meat and the females being put in the same milk cow cycle. 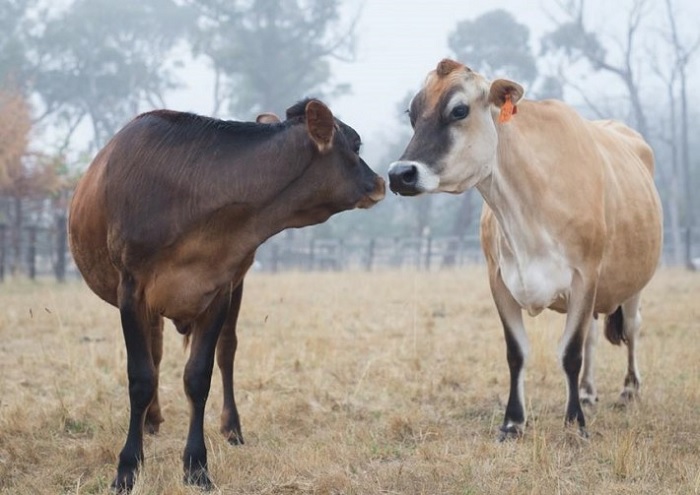 When the non-stop birthing and age inevitably caught up with Clarabelle, she was “spent” and of no more use to the dairy farm. 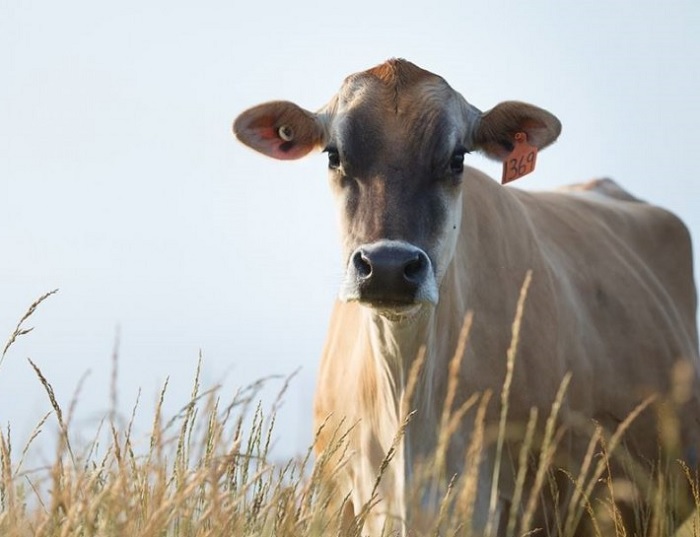 Luckily, Pam Ahern and others at Edgar’s Mission, a non-profit animal sanctuary, were able to save Clarabelle just in time. 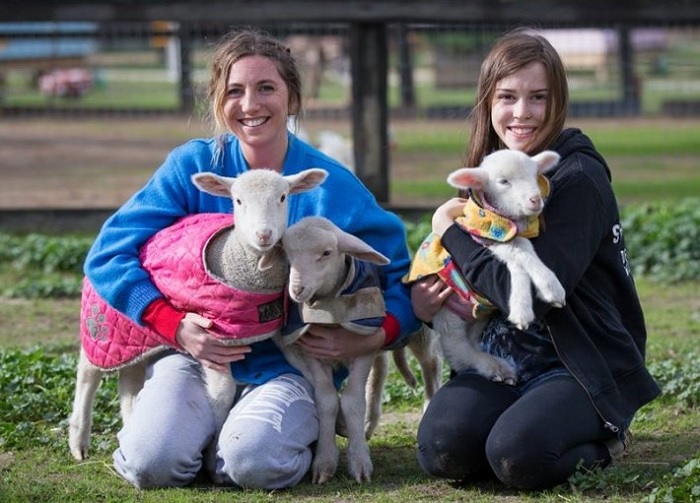 She was taken to live on the mission’s 153 acres of land with over 350 other rescued animals. 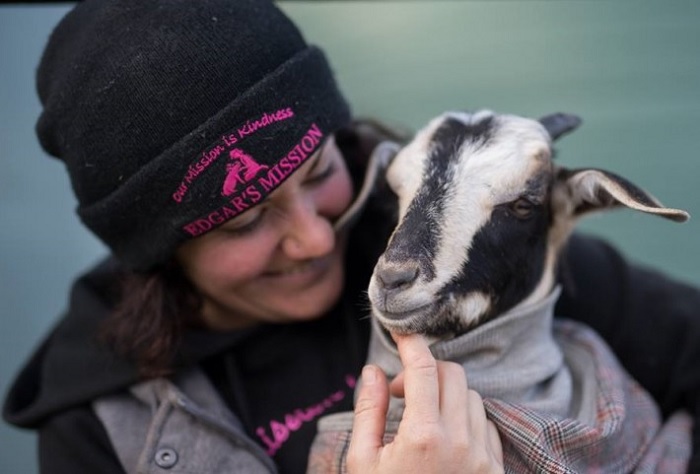 Despite her welcoming new home, the trauma of her life as a milk cow stayed with Clarabelle in some very noticeable ways… 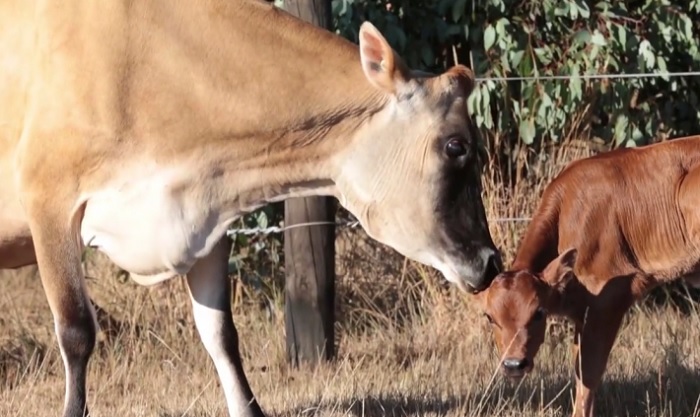 Especially since, as her rescuers soon came to realize, she was actually pregnant once again. 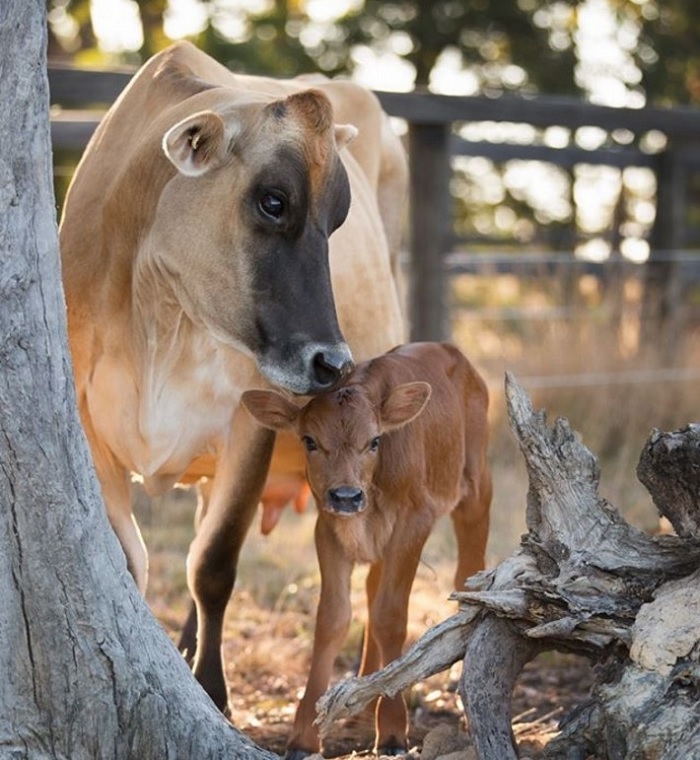 Clarabelle began acting more and more nervous and defensive the closer she got to her due date. 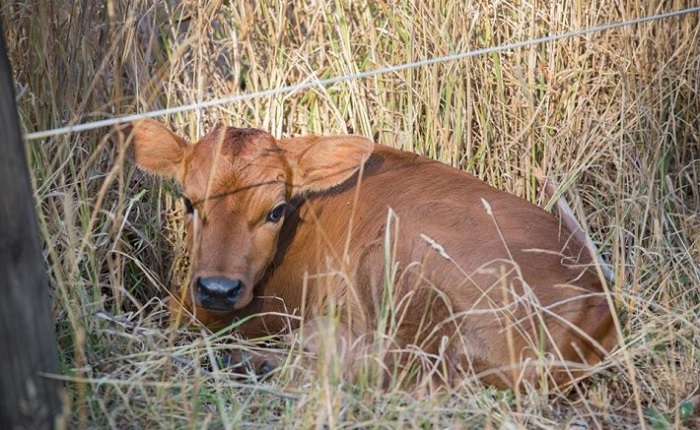 At around week away from her expected due date, Clarabelle’s behavior was beginning to concern the mission’s volunteers. 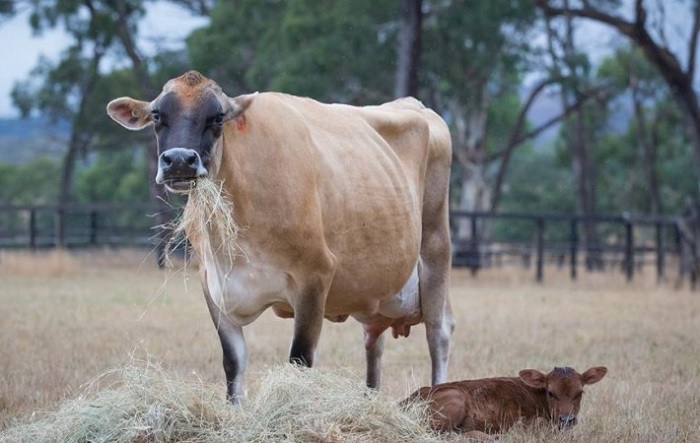 Then one day at feeding time, workers became convinced Clara was hiding something. She kept glancing nervously at the pasture behind her… 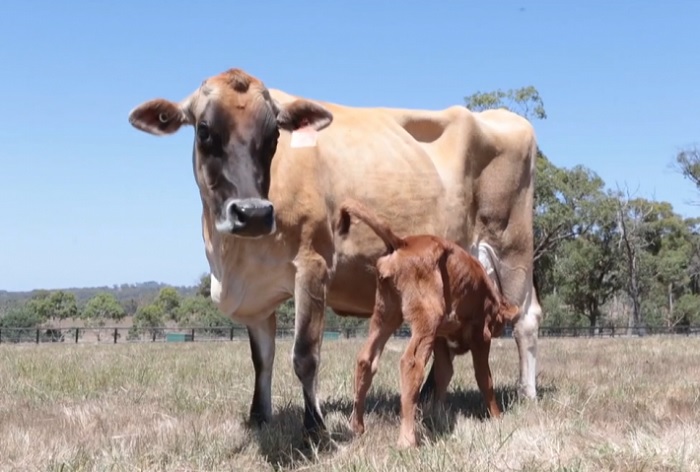 And sure enough, Clarabelle had given birth in secret and had hidden her newborn calf in a remote part of the pasture where the tall grass and fallen trees hid her. 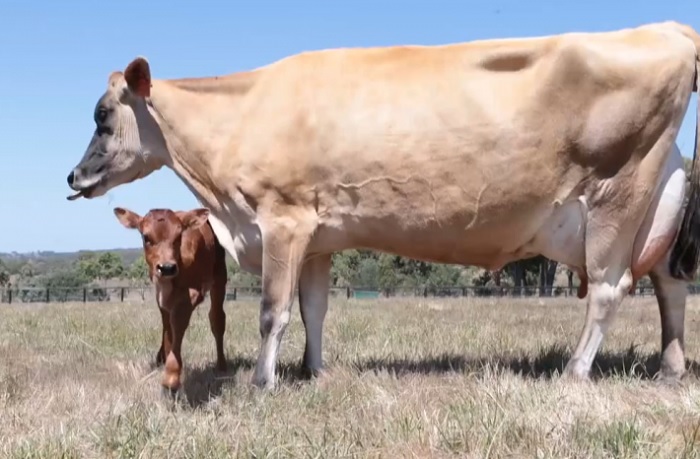 She had learned her lesson at the previous farm and was determined to make sure her calf wouldn’t be taken from her this time. 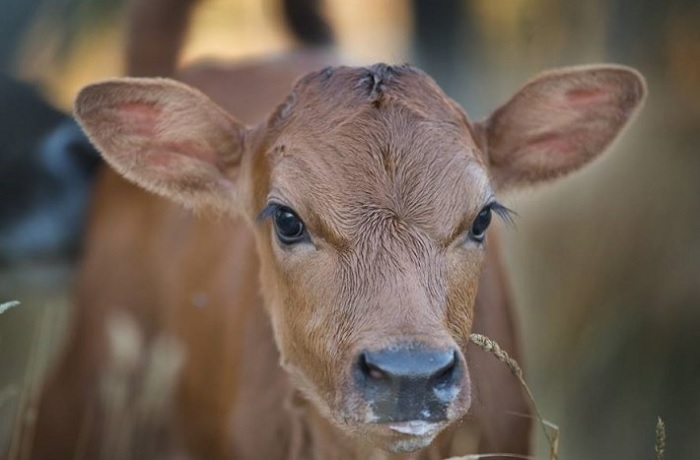 Workers found the calf on Valentine’s Day, but she had actually been born a few days before, as evidenced by the fact that she was completely clean and her umbilical cord was gone… 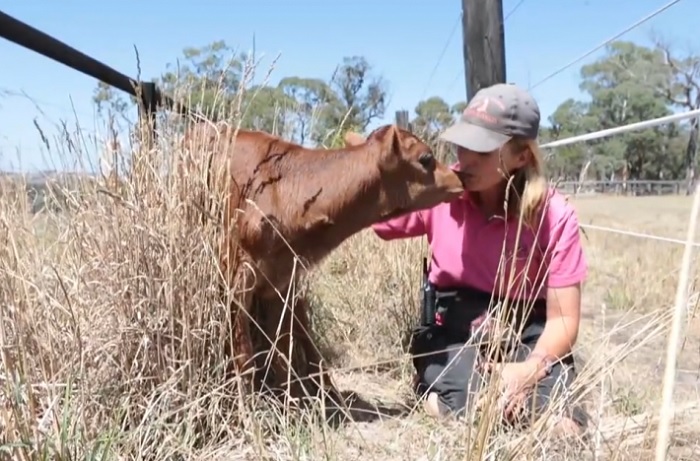 They named the calf Valentine, both for the day she was found and for Clarabelle’s steadfast love for her. 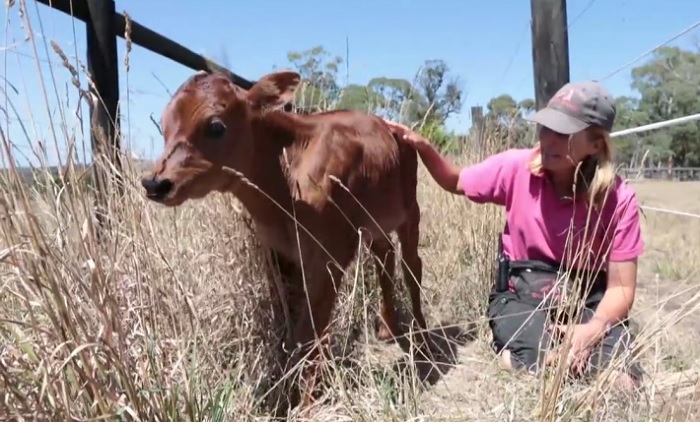 Even though Valentine was safe at Edgar’s Mission, workers understood Clarabelle’s lingering anxiety. 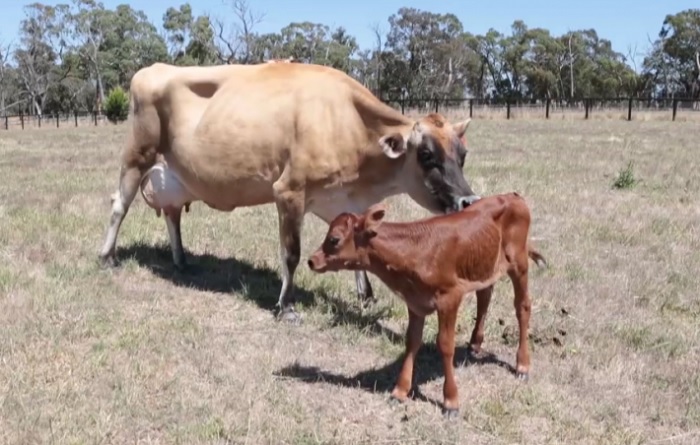 Reearch has shown that cows actually have very good memories, especially when it comes to situations which make them fearful. 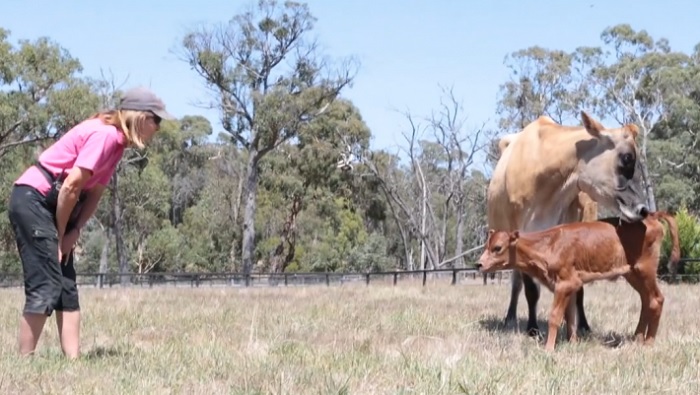 And like most mothers, heifers will try to protect their newborns if they can. 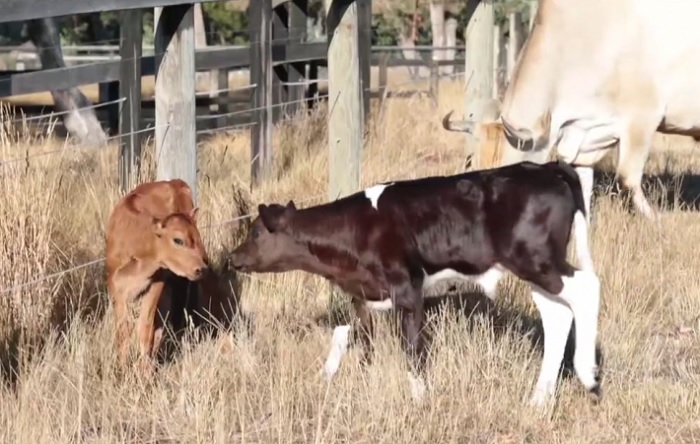 Clarabelle and Valentine were lucky enough to be able live and grow together at Edgar’s Mission. 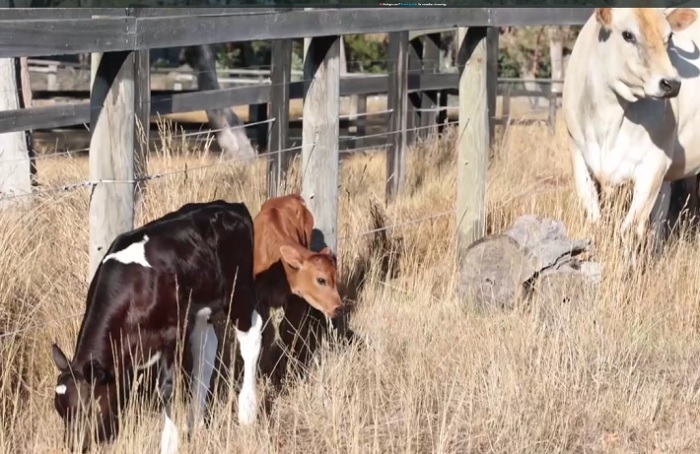 Now Valentine is all grown up but still close with her mom who went to all those lengths to ensure her safety! 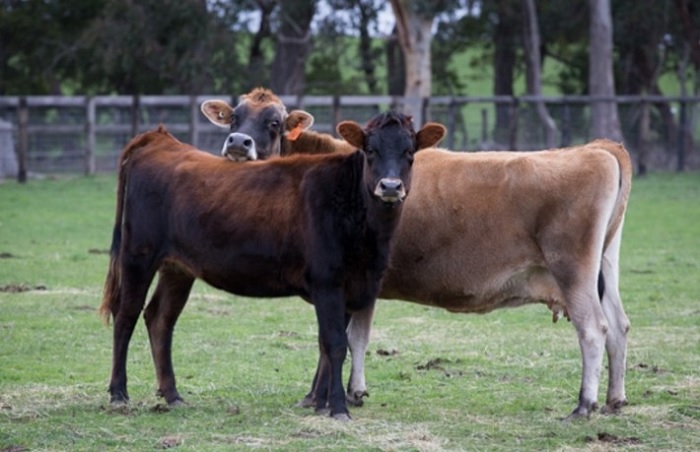 You can watch this video to learn more about Clarabelle’s and Valentine’s story:

What a wonderful story of a mother’s love! I’m so glad there are places like Edgar’s Mission that allow animals like Clarabelle and Valentine to live full, happy lives.