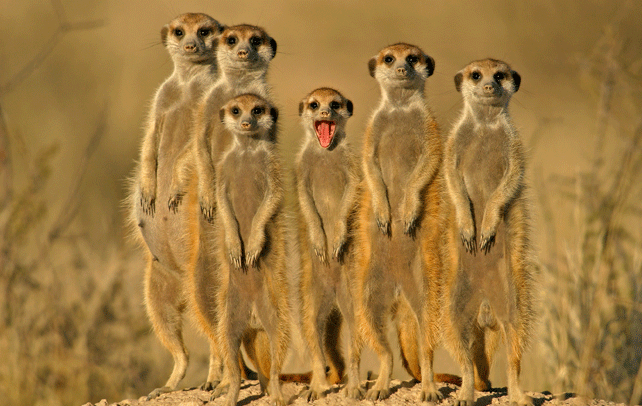 An animated film produced by the BBC presented the daily struggles of a family of meerkats in the Kalahari Desert. Do you know which movie it was? The Meerkats! The movie beautifully describes the day-to-day battle of a meerkat’s life. Meerkats are the brown furry animals found in the burrows of African desert. Although they belong to the same family as that of mongoose, they have no familiarity to mongoose. Unlike mongoose, they love to live in a group and can have as many as 30 members in the group. Tail is one of the interesting features of a meerkat and they are also known as slender-tailed meerkats. Their tails act as a tripod and make them stand like a human, thus cheating the predators. Although they trick the predators, they are the honest ones when it comes to serving their gang leader. They are so selfless animals that they work as a subservient to the gang leader all their lives and don’t even bear their own children. Go ahead and read some more interesting and amazing facts about these desert animals.

Interesting And Fun Facts About Meerkat