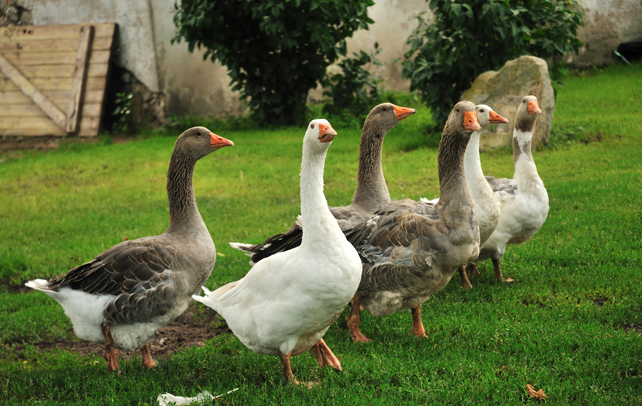 Displaying a number of characteristics that are not normally seen in every animal or bird, geese are among the finest and elegant looking birds that nature has acquainted us with. Amicable, loyal, caring and helpful are the best traits with which a goose is identified. Take this for example: a male goose would die exhibiting its masculinity rather than escaping when its female counterpart falls in danger. Sample this: goose attacks humans only when it finds them threatening their young ones. Or this: geese mate for life and remain loyal, not mating with another, even after one passes away. It is such kind of qualities that makes a goose attractive, as well as distinctive from the rest of the birds. Below, we have compiled a number of diverse facts and figures about goose that will help you understand them better. Go through the following sections of this article to enhance your knowledge.