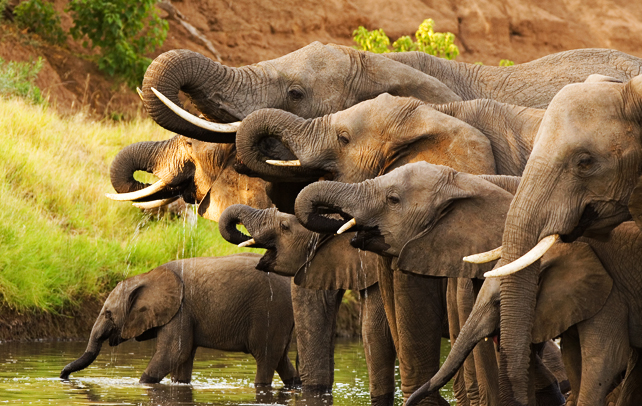 An elephant is the largest land mammal.  They are extremely intelligent and wise creatures and are known to have really good memories.  They are mainly found in Africa and Asia and are typical herbivores, eating vegetation including grass, leaves, fruits and bark. Elephants are gentle animals, but if they feel the need to attack and protect themselves and their offspring, they can get violent. The elephant is known to have strong emotional bonds with other elephants and hence they live together in herds. The typical size of the herd can be around 20. A female elephant, called the matriarch, is in charge of the herd and ensures the members survival. Elephants living in a good environment can survive up to 50-70 years of age. However, they are becoming endangered species now due to habitat destruction and poaching.  They are also a part of zoos and circus acts and are even used to carry logs around. The facts cited below will give you a better insight about this animal.