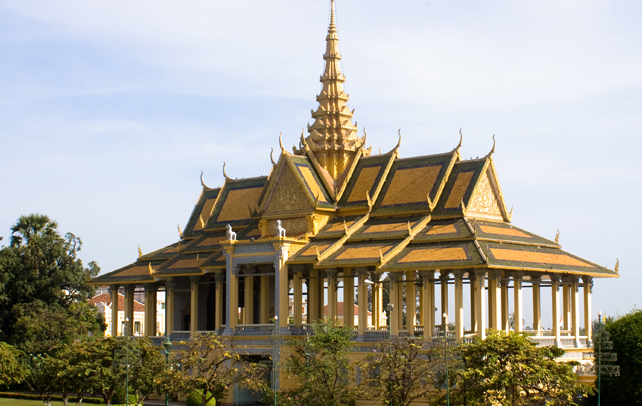 If past was filled with tragedy, present is a triumphant moment to seize the day for Cambodia. This country that once languished in the abyss of needless death and destruction under the Khmer Rouge with subsequent internal strife is finally breathing calm after it was declared as a constitutional monarchy in 1993. The picturesque country of Cambodia that is officially known as the Kingdom of Cambodia is located in the southern portion of Indochina peninsula in South East Asia. Bordered by Thailand, Laos, Vietnam, and the Gulf of Thailand, Cambodia is a beautiful landscape with uplands and mountains with a 443-kilometer (275 mi) coastline along the Gulf of Thailand. After a long regional distraught, this country is finally getting on its feet to strive for a brighter tomorrow. Home to the emblematic Angkor Wat temple, which is a silent testimony to how resourceful and artistically brilliant its people are, Cambodia still remains shrouded for the world. So let’s explore the country here by reading few interesting facts about it.

Interesting And Fun Facts About Cambodia